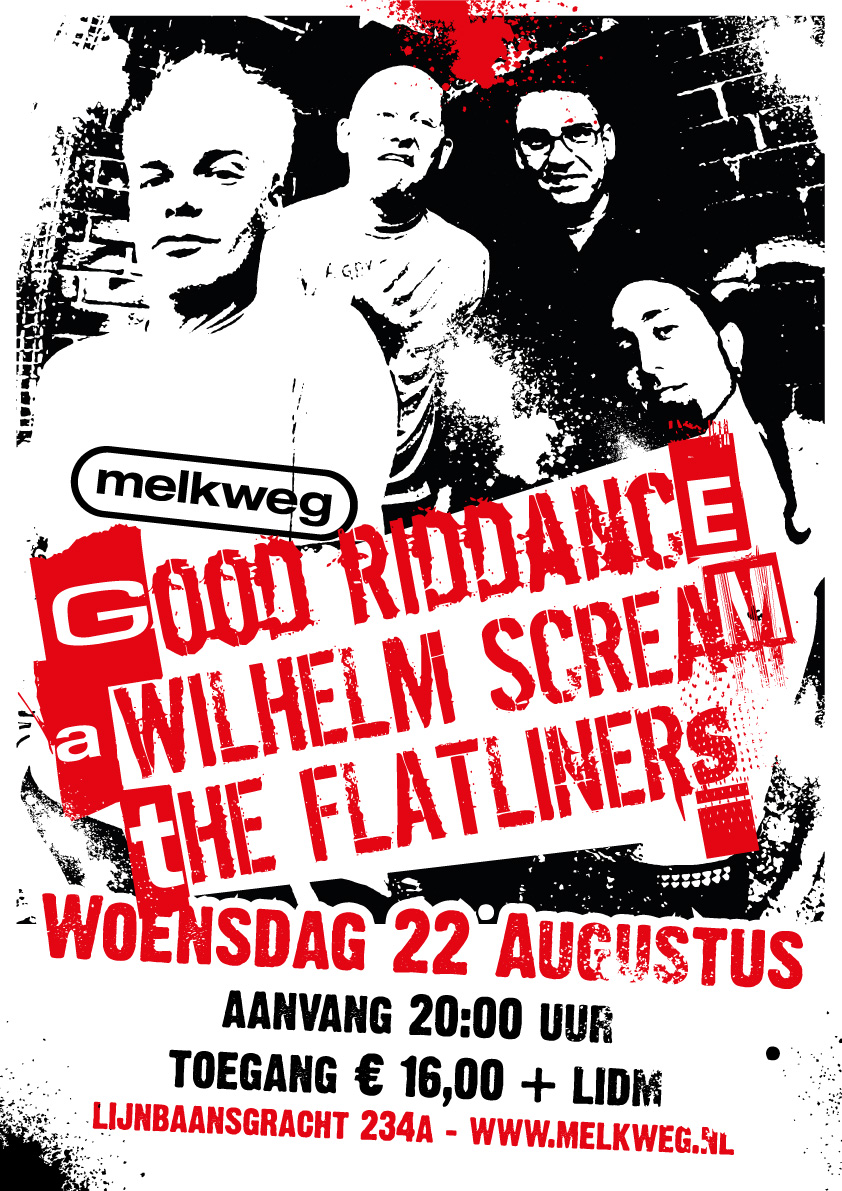 ‘I will never ever go to another show in Amsterdam again. I don’t care which band is playing, I just won’t do it.’ That was my reaction after walking out on the Frank Turner show on November 15th 2011 in the Melkweg, Amsterdam. I didn’t walk out because of Frank Turner but because of the shitty audience. They were talking loud. Watching the whole show through the screen of their phone. Annoying fucks.

And I did follow through on my words until Wednesday. It was a hard decision for me. Seeing one of my favorite bands or staying away from Amsterdam. In the end my favorite band won but before I could make it over I first had to endure this opening of the school year at the elementary school of my kids. After eating not-exactly-the-best-fries-ever, decorating an ice cream with my daughter and watching my son draw on some hat it was time to pick up Gert Shield Recordings and get on with the evening. We missed The Flatliners show, but I already had seen them past Monday.

So did you know A Wilhelm Scream isn’t a poppy, white guys with black hair and tight pants who scream, band? I didn’t. Somehow I always had this image in my mind about A Wilhelm Scream which is quite opposite from what I heard and saw on stage. Hell, this stuff is pretty good. I might check it out.

To be honest though, I could care less about any band opening up. I was there for Good Riddance. They amazed me on that big stage at the Groezrock festival. The band that left me speechless again. And holy shit, this show was awesome. Personal high lights for me where ‘Waste’

The band covered all the records in their discography. The hard stuff of Operation Phoenix as well as the more melodic material of A Comprehensive Guide. There were even some songs of their last album My Republic. Russ did some speeches and Chuck, Sean and Luke did what they always do. In the end the band played well over thirty songs. And you know what? Someone threw some beer at me and I didn’t care. There were moronic stage divers and I didn’t care. I got some bruises, but I don’t care. I’ve seen one of the best Good Riddance shows ever. I care about that.