Great Reversals – To The Ends Of The Earth 10″ 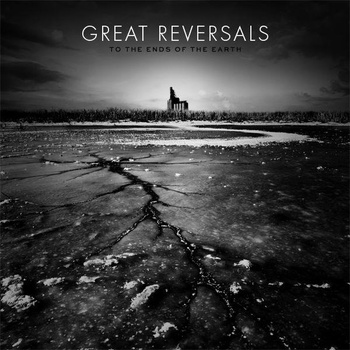 Great Reversals from Michigan is a relatively new band who just released a 4-song 10″. This 10″ was originally going to be released on American Enemy Records, and until a few days before the record release show, the band still thought it would be. But the label had folded in the meantime, leaving the band to cough up the bill for the pressing plant if they wanted their record. They did, so even though it still says American Enemy Records on the sleeve, this is mostly a self-released record.

The band plays mid-tempo hardcore which combines influences from 90s hardcore as well as more recent bands like Verse and Shipwreck a.d. And they do it well… The music isn’t groundbreaking by any stretch of the imagination, but it’s intense, well-written and well-executed, and it’s got the right production. And because this is a 4-song, 15 minute long 10″, this EP is over before you know it and there’s no filler or anything like that.

But what really sets this band apart are the lyrics. Hardcore lyrics are usually, and should be, about subject matter that’s close to the heart of whoever wrote them, whether it’s personal or political. This is definitely so with Great Reversals. All the lyrics, and the accompanying essay in the insert, are (co-)written by the drummer, Eric. The lyrics deal with his 8-year old son, who is deaf and autistic, and how it affects him and his family. Things do not get much closer and more personal than that. I definitely get the feeling he poured his heart and soul into these lyrics, one can sense both the despair and hope he has in the lyrics. They’re also thought-provoking, how would you react or feel if your kid was deaf and autistic or had something else which places your kid in a separate world altogether? The lyrical content really got me into this band, more so than the music, even though I do enjoy their music quite a bit as well.

All in all, this is a great effort, and I hope this band will get some more recognition, they deserve it. Also, this 10″ will be released on CD with tracks from their split 7″ with They Come In Waves and an Unbroken cover on Italy’s Indelirium Records.