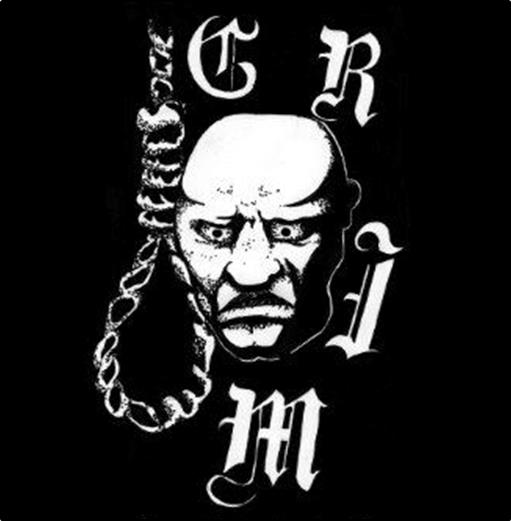 Grim is a new hardcore band I recently came across in my Facebook timeline. Their profile does not tell me anything besides that they are from Belgium, there are four band members (one of which I know also plays in Rebuild), they released this demo very recently and are playing some shows in the Belgian Limburg area. I guess I have to let the music speak for itself.

Grim is a suitable band name if there ever was one, because this is some depressing stuff. No sugar coated fairy tales here, since the six songs on this demo all deal with the bleakness of human existence: personal failure and disappointment, wanting and deserving to die and ultimately suicide. The lyrics are hardly higher poetry, but are effective none the less. For instance, a line like “I made the mistake and now I’ll pay with my life. I made the mistake and now I’ll rot in my grave” leaves very little room for debate. All this misery is backed by a soundtrack of straight forward hardcore, with some thrash and old school groovy death metal in the riffing (their Bandcamp page lists both Sepultura and Obituary as influences and though I would hardly qualify this music as metal, I can hear where they’re coming from). Kind of reminds me of a very simplified version of Deal With It. The songs are short, heavy and usually end in a breakdown.

What could be better in my opinion are the main vocals. They remind me of Martijn No Turning Back in their ‘The Beautiful Lies /  The Horrible Truth’ days, but they somewhat lack depth, power and most importantly despair. I just don’t believe this kid seriously wants to die. The most interesting songs are the ones were they experiment with dual vocals, especially closing track ‘Reaper’, where a clean, almost Alice In Chains-like voice suddenly rears its head. ‘(I have a) Deathwish’ wins the livingroom-mosh award with its near perfect buildup to a blistering finale that’s bound to raise hell when played live.

All in all a pretty promising demo, so I’m interested to hear what Grim will come up with next. Should they decide to stay alive long enough to record some more tracks, of course.