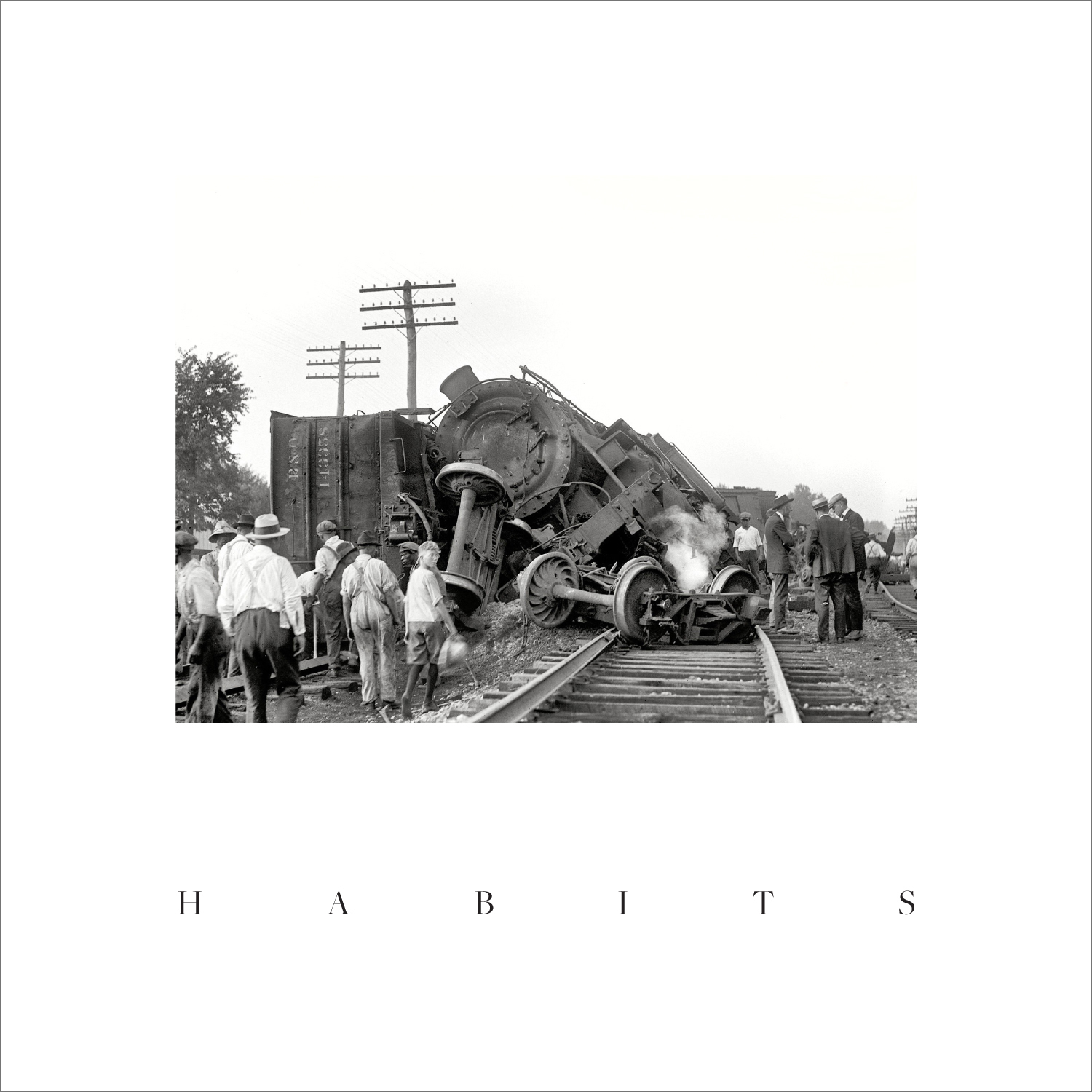 New York has already spawned tons of hardcore and punk bands. Hailing from Brooklyn and Queens, Habits can now be added to that list. For everyone that gets happy when hardcore and NY are in sentence: Habits doesn’t play NYHC. Habits opted for post-hardcore with influences of Hot Water Music and Make Do and Mend. Add to that some punk influences (think The Loved Ones).

The (just over) sixteen minutes of music that is called Train Wrecks is Habits’ debut EP. On this album the band has already adopted a style that, even though you can hear influences, is their own. You might wander what sets ‘m apart from other post-hardcore bands. In my opinion most bands in this genre are a bit ponderous. Habits actually have a more upbeat sound. Indestructible is the prime example of this.

On the bad side, this album lacks some heaviness. It doesn’t pack the punch I expect from this style of music. The production is a bit to sweet. The same can be said about the singing on this album. Best example of this is the second track “Shoot To Wound”. This song would benefit most from adding a bit aggression (by lack of a better word). Then again, it works out perfectly with the next song, “Indestructible”.

With this critique in mind I think it was a wise decision to release an EP. Add another five song and it’s a fair chance I’m losing interest halfway through the record. I can only recommend the band to grow before they release a record that emphasizes their strong points so we can all love that record and say in true hardcore fashion: the EP was better…

To finish this review up: give this band a chance. They’ve got some great ideas cooking. You can check ‘m out on bandcamp (name your price).