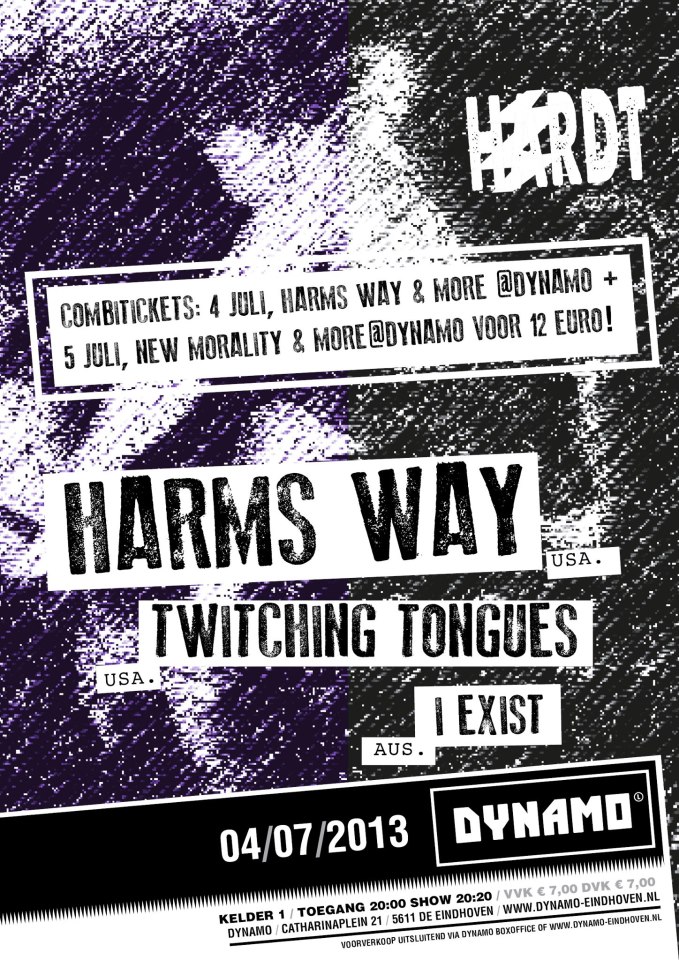 When a venue has a special discount on tickets if you buy them for two shows, you may get worried. Seemed unneeded though, since the basement of Dynamo is well filled with people speaking various languages. This is a rather exciting line-up, at least for those who like a bit of odd sounding hardcore bands and the violent sounds of Harm’s Way of course.

The sheer brutality of I Exist is quite fierce to start the night with. The band hails from Australia and claims to have a bluesy sound to their music, but I find it hard to detect in what sounds more like Bolt Thrower with a bit more haste. The band plays like a stoic order, tight and heavy, though the sound gets a bit hectic and confused at times when the rhythm and vocals don’t seem to match up anymore.

The follow up Twitching Tongues is a whole different slice of cake. I already heard good things about them from the United Kingdom, but not having had the pleasure to check their sound, they are a welcome treat. Imagine hardcore music that is heavy and sludgy with vocals that have the slur and vibe of a grunge band. The band doesn’t speed up that much, though the kids up front respond franticly to the band. The guys from Los Angeles play a set that gets the most intense crowd response and also shows the most interaction. There’s a melodic and dressed down side to their music that makes them very cool and totally different, for some reason they made me think of Basement. The band of the evening for me. 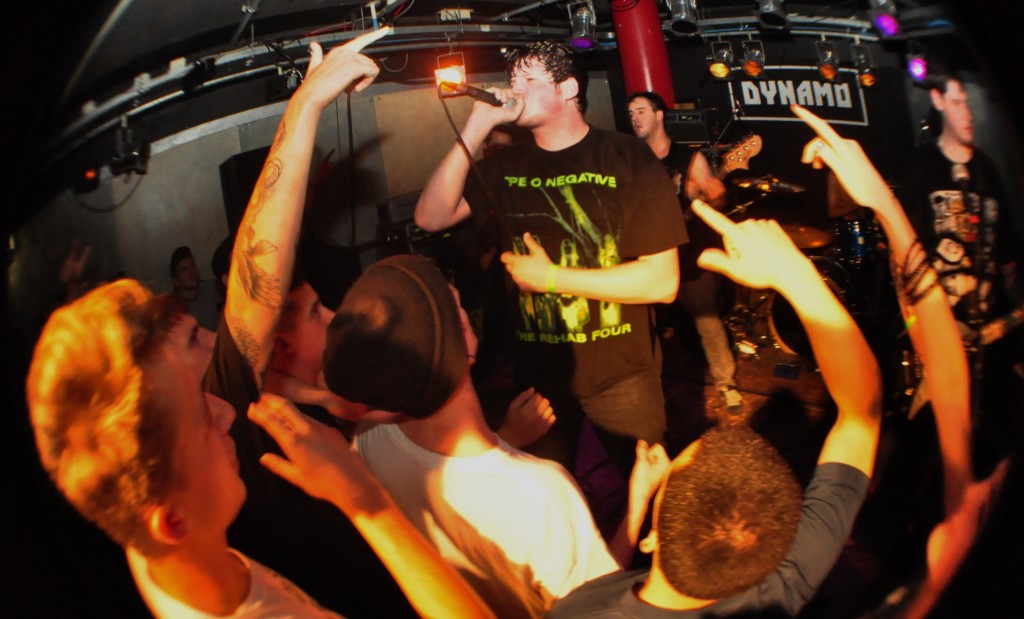 Obviously Harm’s Way is the headliner tonight. Vocalist James Pliggue (hope I got this right, the band gives away info sparingly) looks like a beast on stage, wearing a vest with a large Entombed patch on the back. Maybe that says a lot, Entombed and the love for Nails make up a large part of the brutality of this band. They don’t seem to connect to the audience much, nor seem to have a desire for it. No interaction at all, just waltzing on through the setlist. I sound negative, but the band played very tight and intense. A few announcements did occur, like the new release on Deathwish, which is good news for these guys from Chicago.

The intensity on the stage is impressive however. Bandmembers seem to bounce up and down like pro-basketball players and their sound is insanely hard and fast. Musically, this is like a storm of fury and rage, either the older work from Isolated or the few newer songs the guys play. The pounding rhythms keep going on and the band rarely pauzes. After a show of around 40 mins, where some of the visitors got the right inspiration to get stuff out of their system, Pliggue suddenly walks off the stage to the backstage area, signalling the end of the show. Luckily the new album is going to be out soon, because these guys leave you wanting more.