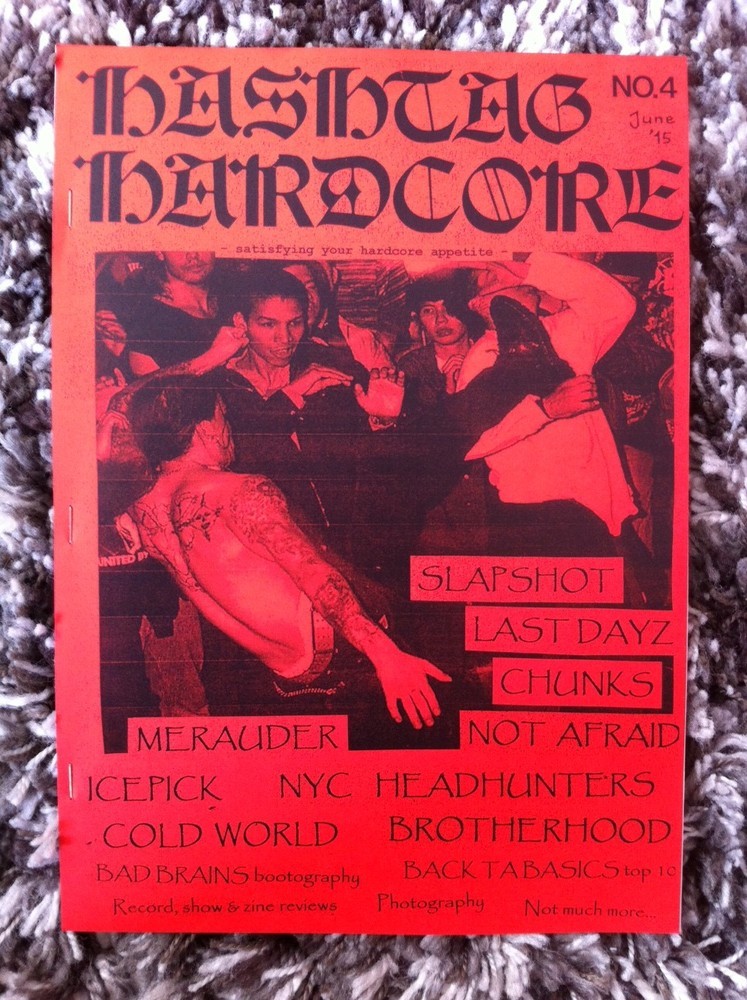 I could be pretty short (and snappy) about this one: Read my reviews of #1 and #2 (for some reason I never reviewed #3) and you know what to expect of #4. It’s great again. The end.

But that probably isn’t enough for you, is it? I’ll list some of the highlights again then:

– “Takkie & Snekkie” photo series in the intro
– Thanking “Snackboy, Daanslide, Sex Daan, Snekkie, DaanLOD, Dan The Kid, Daanzel, and Daan Plasmeijer” as people who without the zine couldn’t have been made.
– “Hardcore Emotion Rebus” (yes, guess the bandname through emoticons)
– “It goes without saying that this is awesome. Go buy it and make us rich” as reviews for the records he played on.
– The No Turning Back – “Never Give Up” review
– The “Nikes Mistaken For Asics a.k.a. Bashing The Classics” section where he lists some awful reviews of ‘classic’ records.
– Daan going back to Ieper.

But don’t get me wrong, the interviews are interesting too. Not Afraid, Icepick (great use of the songtitles Daan haha), Cold World, Slapshot, Merauder (reprint) etc. etc.  And there’s a Bad Brains bootography in there too.