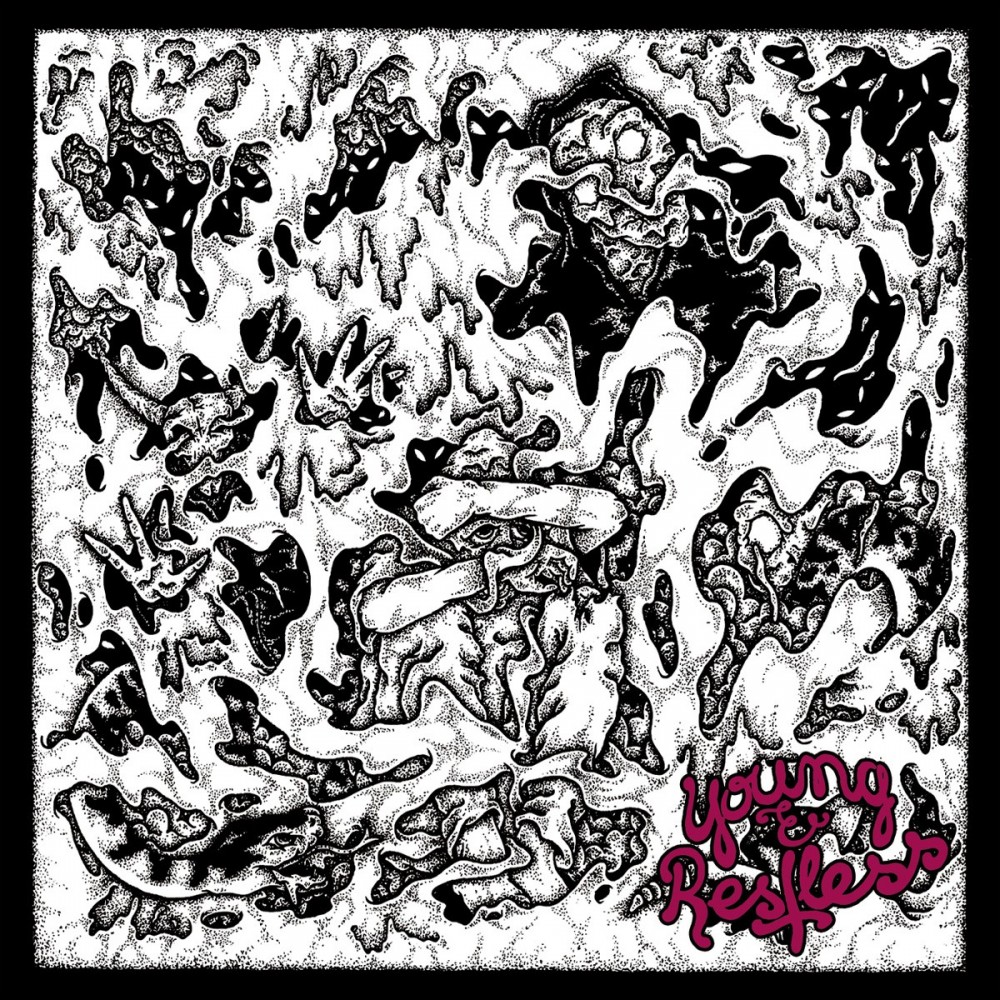 The band Hawser comes from the city of Dordrecht in the Netherlands. They’ve been killing it since 2011, playing anywhere and everywhere with their dark brand of catchy hardcore. This is their debut album Young And Restless and it does sound quite promising.

You might know these guys from their debut ‘Shallow Earth’, with this video.

They’v e been playing tons of show, amongst those supporting Downpresser and sharing stages with Twitching Tongues, More Than Life, Continents and whoever else wanted to share the stage with them.

The music of Hawser is raw and in your face. No careful wrappings, just straight in your face on ‘Rot’, with heavy grooves and a slow but surely approaching pace. Picking up speed, the band launches into ‘Suffer To Survive’, bursts of heavy riffs shoving the song in your face. Spitting the words on the a hammering rhythm, the band shows a lot of fury. Combine that with the skill demonstrated by the guitar players and you get the barely contained rage of ‘Closet Full Of Skeletons’. You can feel the bones rattling against the door, spilling through the cracks.

If there is anything persistent on this record, it is the fury behind the songs. Barrages of guitar work and vocals barked into the microphone are the main ingredient on songs like ‘The Bottle’. The band barely needs to be fast or brutal to convey that, the atmosphere and intonation do all the work in their altogether sludgy sound. When the band does speed up, it sounds like ‘World Spinnin’, one of those instant crowd pleaders.

Final song is the title track, where Gregor from Risk It! does a bit of singing as well. It’s a powerful song full of vibrant energy and that same anger and passion. I’m quite sure these guys can become big with this album under their belt.