Herr Geisha And The Boobs – Book of Mutations 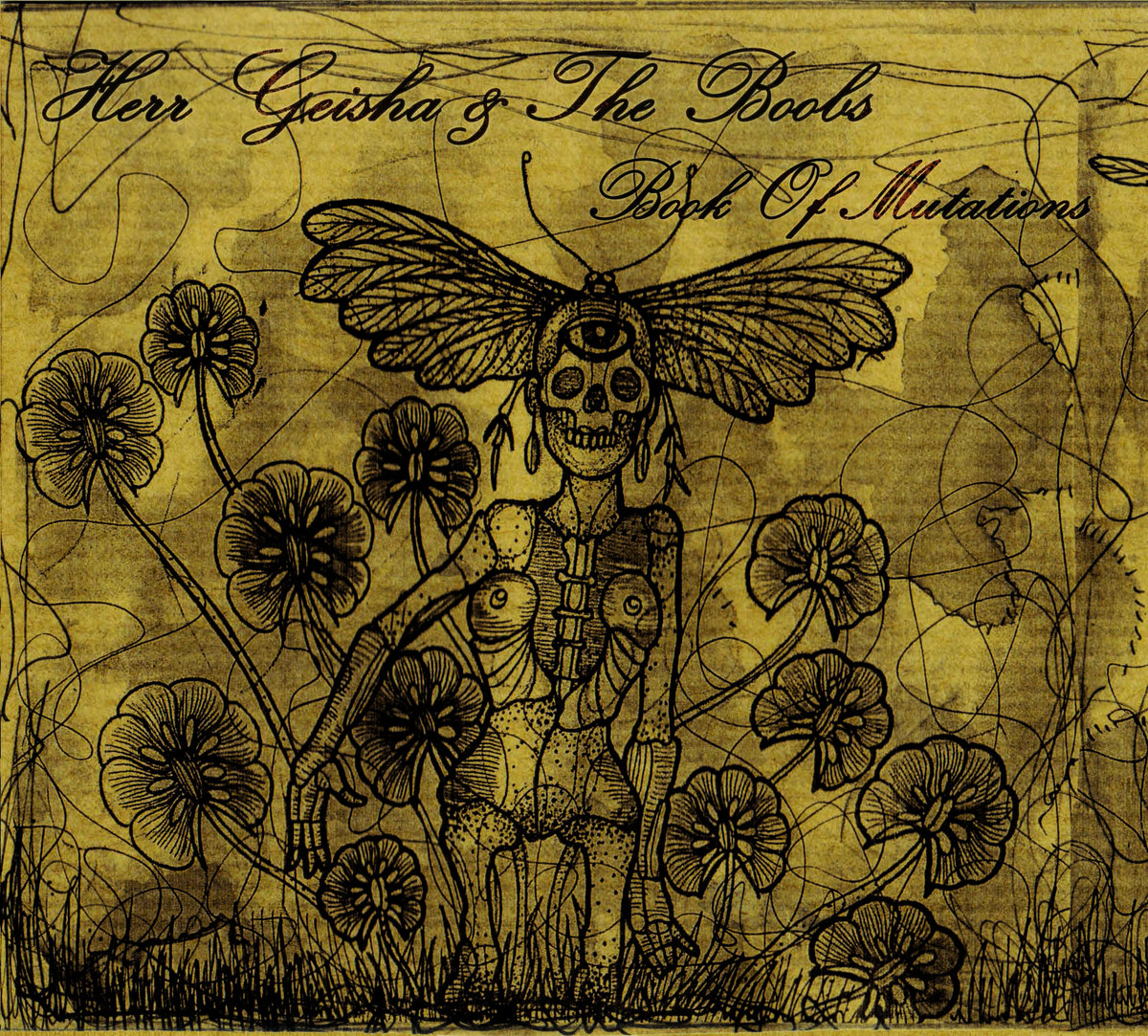 With the label Atypeek Music in mind and the band name Herr Geisha and the Boobs you directly know this is not an ordinary album. That’s correct; with ‘Book of Mutations’ the band has created one long song split in several parts ranging from Post rock to Noise rock to the sonic textures Sonic Youth was famous for. In the past the French trio released two albums and a mini album. On the first album the band tried to bridge a gap between Blues, No-Wave, Punk and Pop while the mini album was about soundscapes and the previous record had a rock attitude. So again the band changed their minds and came up with a new sound.

As with more bands on the label the experimental drift and ideas are enormous but in general the result doesn’t stand out Playing the unexpected doesn’t necessarily mean Herr Geisha and the Boobs impress the audience. When the listener arrives in ‘Chapter II’ (almost covers the album for a third) he will recognize the ghost of Shellac covered in a Post-Rock shell while later the band also shows some Punk aggression.

This all ends in a lava stream of guitar feedback in ‘Chapter III’ that flows into timid plucking of guitar strings. Time to catch some air before the travel continues in ‘Chapter IV’, a short punky Grunge song that could have been a demo of Nirvana. The nineties Noise rock appreciation with a Post rock edge continues in the rest of the songs but your reviewer has lost his attention.

The problem is the songs haven’t got the hooks to grab you by the balls and vocally both the female and male vocals are mediocre. It all sounds like the band has created the music on one night, was satisfied and didn’t bother about the quality of the material. In the end you hear some dissonant noise eruptions in the breaks and I like the Sonic Youth worship in the last chapter but it won’t save ‘Book of Mutations’ to play it another time.

Band: Herr Geisha And The Boobs