Hollow Truth – The power to endure 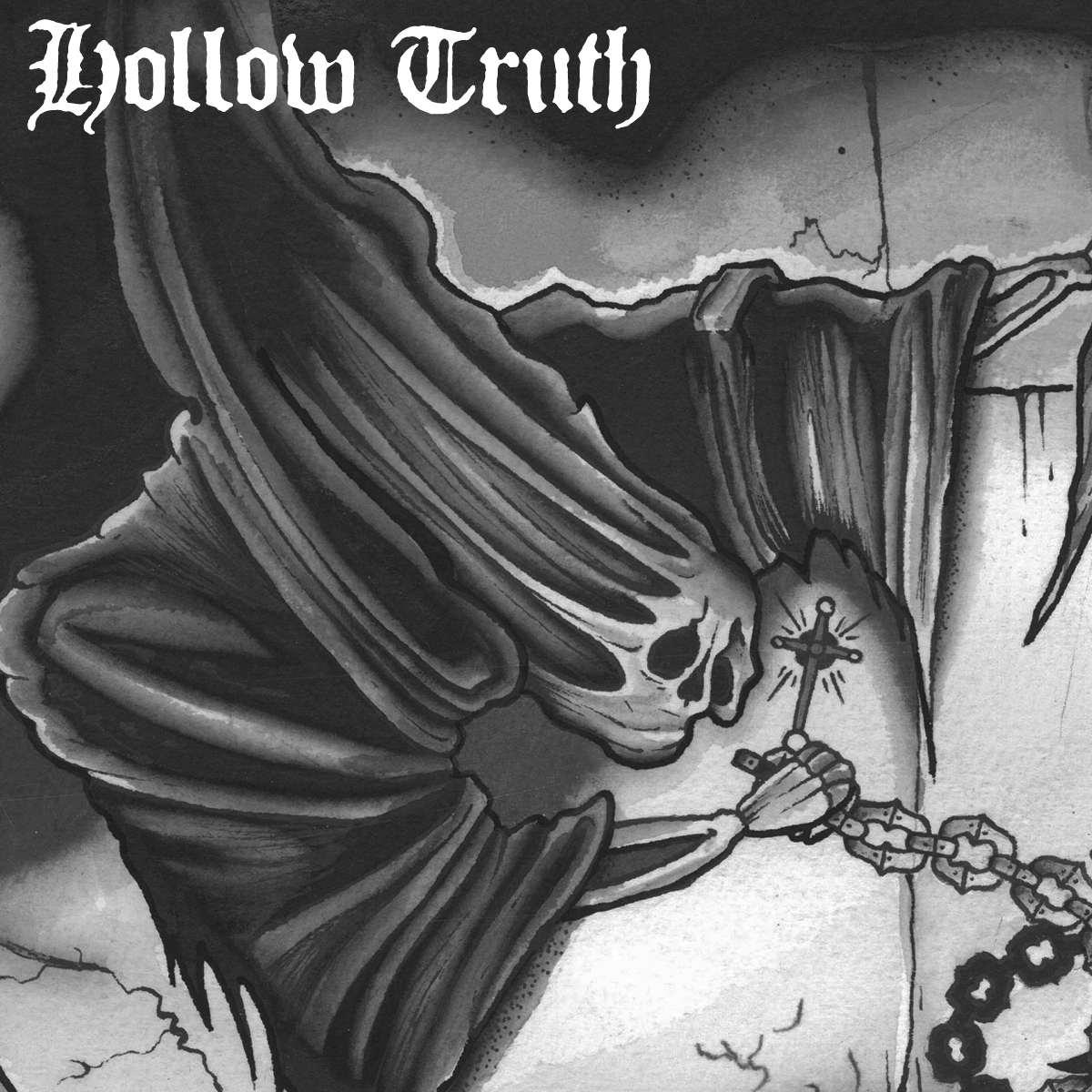 Last year I was happy to review Prometheus bound, Hollow Truth’s second demo. My main complaint was the length of that demo. Only two songs, together about four minutes of music. Hardly enough to really judge a band, right? Well, they found the time to write and record no less than six songs for The power to endure. Although the first track is sort of an intro, which doesn’t really count as a full song in my eyes. The intro does set the tone for the album, and thus answers it’s purpose.

Prometheus bound was an improvement over it’s predecessor The earth shook. In turn, The power to endure is better than Prometheus bound. The songs sound more smooth and natural. The band has slowed down a little bit (just a little bit, mind you), which brings them to very moshable territory. It reminds me more of Cro-Mags and Suicidal Tendencies now and less of Leeway.

Unfortunately for me the tough guy vibe that could be found on the first demo is back on a couple of songs… Just listen to Worship the wayfarer. This would be my favorite song on the album if it wasn’t for that part at the end of the song. I still feel it just doesn’t really fit the style they play. If asked for my favorite track I’d say it’s album closer A glimpse of Persephone or Outstreched arms.

If any of the bands mentioned in this review mean anything to you I’d suggest you check this band out. Enjoy!