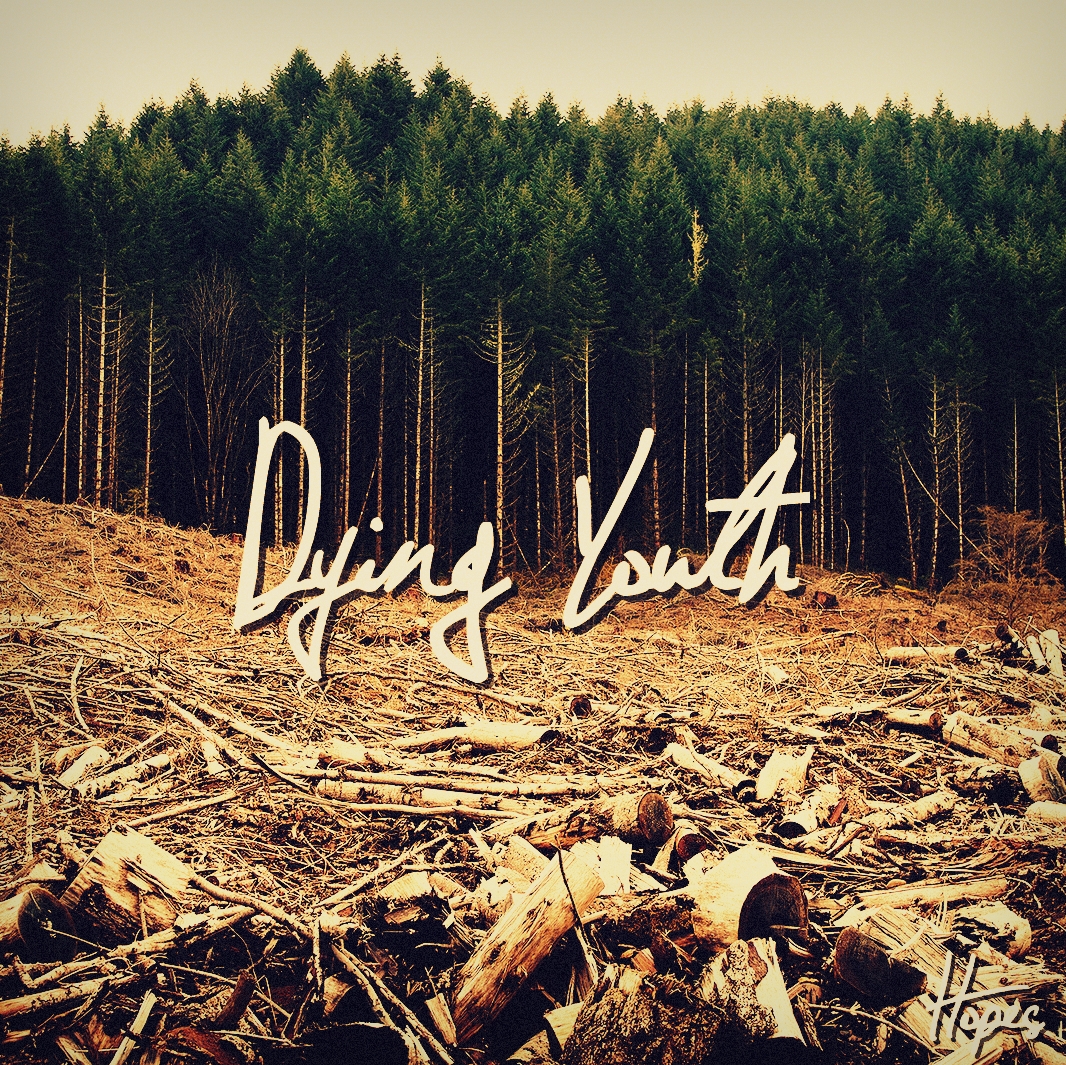 Sometimes when I listen to music I don’t really know yet, I notice the music reminds me of another band. Usually I’ll figure out within minutes (or in seconds if it’s too obvious) which bands I hear in the music. But, do you know that feeling that you should actually know which bands or songs are big influencers but you just can’t figure out which one? The names won’t pop up. At first you shrug and go on with business as usual, but after a while it becomes something like a mental itch. You just keep coming back to it and again fail figuring it out. Well, that’s just what’s happening to me now. I’ve listened to “Dying Youth”, Hopes’ debut EP a couple of times now and I just can’t figure out which bands to compare em too. You’ll have to do without the name dropping…

Hopes is band hailing from the Czech Republic and they have the honor to be the first band from that country that I actually listened to (by my knowledge). They play a very melodic style of metallic hardcore. Don’t expect the modern version with emo influences or breakdowns. No, instead prepare for fast galloping rhythms, heartfelt screamed vocals with some real emotion shining through and some melodic guitar work to top it off.

After the short intro Hopes kicks it off with “Empty Days”. A short, fast song that I just love. The energy it has is overwhelming. And the melodic guitar that sets in at 0:19 builds up the tension very nice. Another highlight on this short but sweet EP is the final song that manages to create an epic atmosphere with a playing time of just over four minutes.

Aren’t there any downsides? Well, unfortunately there are. The drum sound sounds a bit too digital to my liking. Apart from that: this EP is too short. I hope Hopes will come up with more material soon! And finally… I still didn’t come up with bands to refer to… Feel free to add (after which I will most probably think: Off course! Why didn’t I come up with that?!?!)!

PS: you can get this rad EP on bandcamp. Name your price…