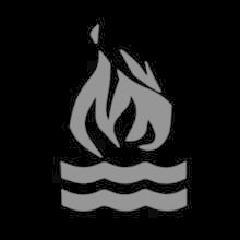 Social Distortion’s Live At The Roxy is in my opinion the best live record ever. It’s got all the great classic songs as well as some of the highlights of White Heat, White Trash, White Light, has a great sound and great in between talks by Mike Ness. On the opposite site is Have Heart’s 10.17.09 which has too much crowd atmosphere making it hard to distinct any of the songs the band played on their last show.

Hot Water Music’s Live In Chicago is more like Live At The Roxy. The sound quality is really good and the in between banter is just what everyone who ever witnessed the band live expects (including the God bless you all and have a safe trip home). The last couple of times I’ve seen the band on stage was really hit or miss. The Tilburg show comes to mind where some band members were too drunk to play a good show. Fortunately they seem to have been in less alcoholic spirits when they played Chicago.

This release contains 3 LPs or 2 CD+DVD which equals quite a lot of songs from the whole catalogue of HWM, expect of their latest offering Exister, which was still in the making when the band recorded the live show. Understandable. I have the feeling most of the hit songs are on the first part of the release. And especially the hardcore fans will probably like the second part. A great addition to the already overwhelming HWM discography.