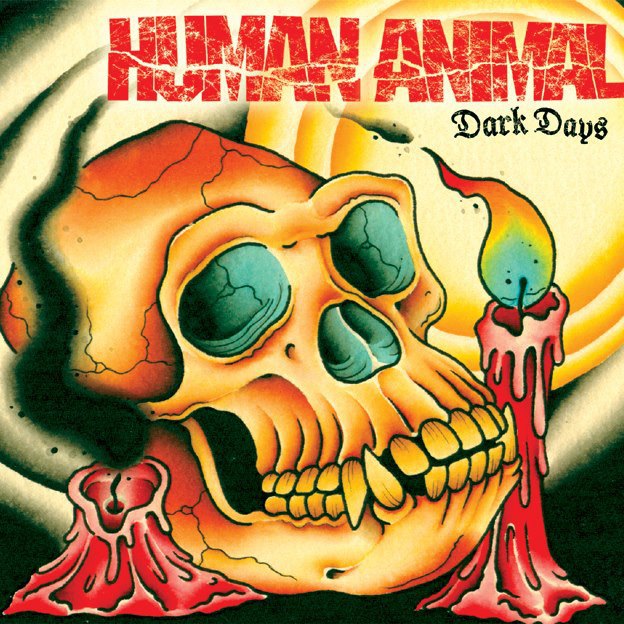 In the 90s the term ‘Lake Effect Hardcore’ was synonymous with metallic hardcore. It was a scene originating in the small city of Erie, PA, with bands like Brother’s Keeper, xDisciplex AD, Shockwave, Abnegation and tons more. The scene seemed to slowly fade away in the 00s but it never completely went away, with bands such as Smoke & Mirrors keeping it up & running. And now there’s Human Animal, a new band consisting of 5 guys who’ve played in bands for years, including all of the bands mentioned here. The band started when several members were out of a band and still wanted to play hardcore, and so Human Animal was born…

I will readily admit I love all of the aforementioned bands, and Lake Effect Hardcore in general. But I’m glad that Human Animal didn’t write songs in the vein of any of their old bands, which would be the easy way out. Instead their sound seems more inspired by the aggressive heavy hardcore sound made popular by bands such as Madball and Terror, with a groove-laden undertone. Vocalist EMS (who used to play bass in his previous bands) has a great rough voice with a slightly melodic edge which makes them stand out from the pack. And Human Animal sure loves gang vocals, there’s a ton of em on here. The song ‘Faded Pictures’ is almost 50% lead vocals and 50% gang vocals. The main thing that I get from listening to this EP is that these songs were made to be played in a live environment, and I would love to see this band on stage in a sweaty, packed club. Great stuff, I like this a lot.

The band has also released a video for ‘Swine Flu’ of this EP, which SWNK reported about earlier here.