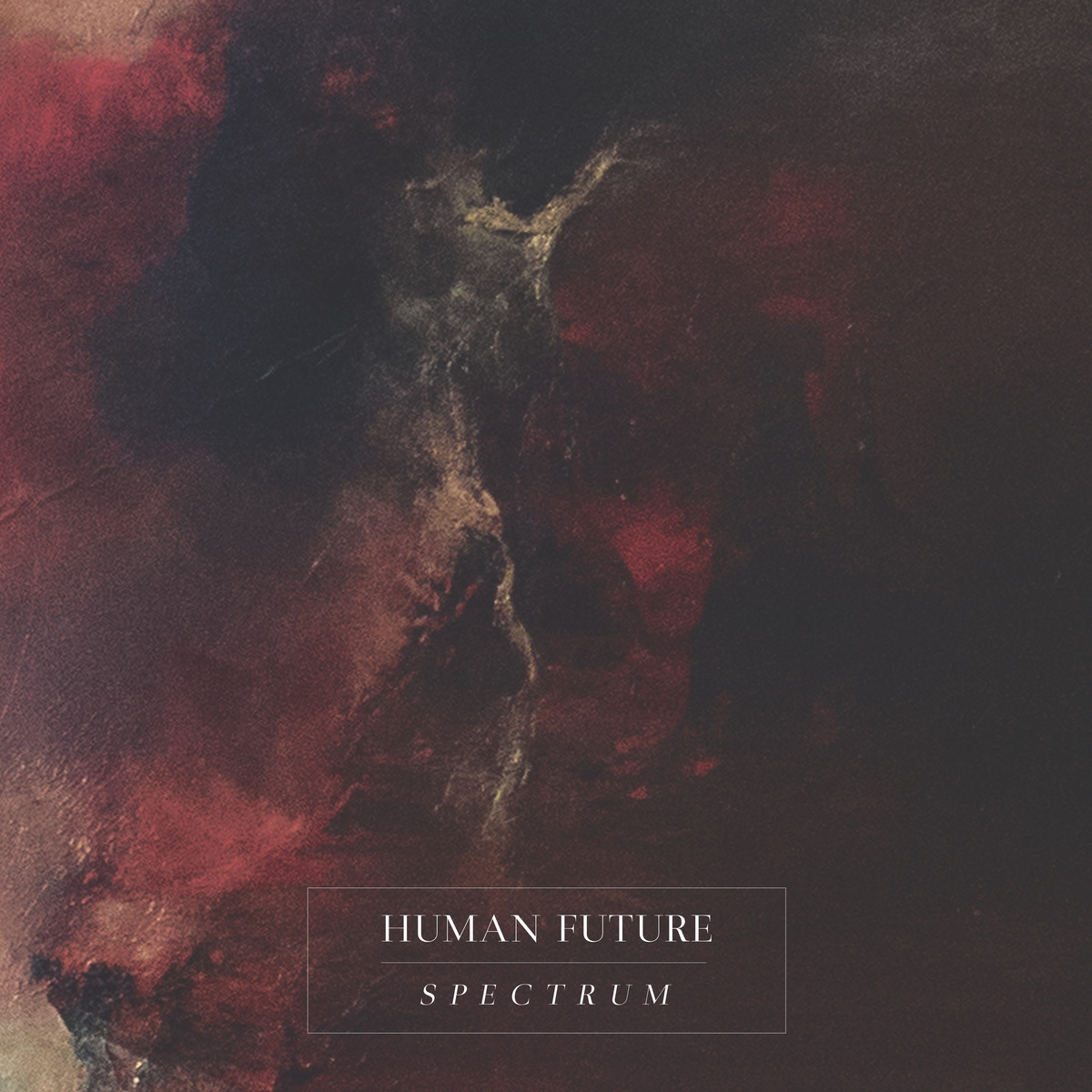 After an EP and a split (with We Never Learned To Live) Human Future figured it was about time to release their debut LP. To achieve this goal they recorded six songs clocking in over forty minutes. So now you know we’re dealing with long songs. Shortest one on Spectrum is almost five and half minutes, longest one is almost twelve and half minutes. This is not unusual in the genre in which Human Future operates; Human Future plays post-rock with heavy post-metal influences and some emo for good measure. The one thing that made the biggest impression on me after listening to this album a couple of times is the distress that oozes from the songs.

In my review of their split with We Never Learned To Live I mentioned the tribal nature of the drums on Misery Drone (a song that is featured on this album as well. I guess even in the same version). Those tribal influences are something that come back in other songs as well. Listen to Cycle for example, a song that draws you in with it’s repetitive nature. A song that lasts for over 9 minutes without loosing your attention for a second. After that 9 minute trip we are brought back to reality with All must wither, the most harsh track of the record. But also during their most aggressive moments the band uses tribal influences to pull you right into their world.

One thing that strikes me as odd is that the last three tracks appear to have a slightly different production than the first three. It could be my imagination though. The album artwork deserves special mention. It’s a stunning piece of art that graces the cover of this LP.

After their split I was curious what Human Future would come up with for their full length. I can now conclude the band doesn’t disappoint. Spectrum is a great debut for this young band.