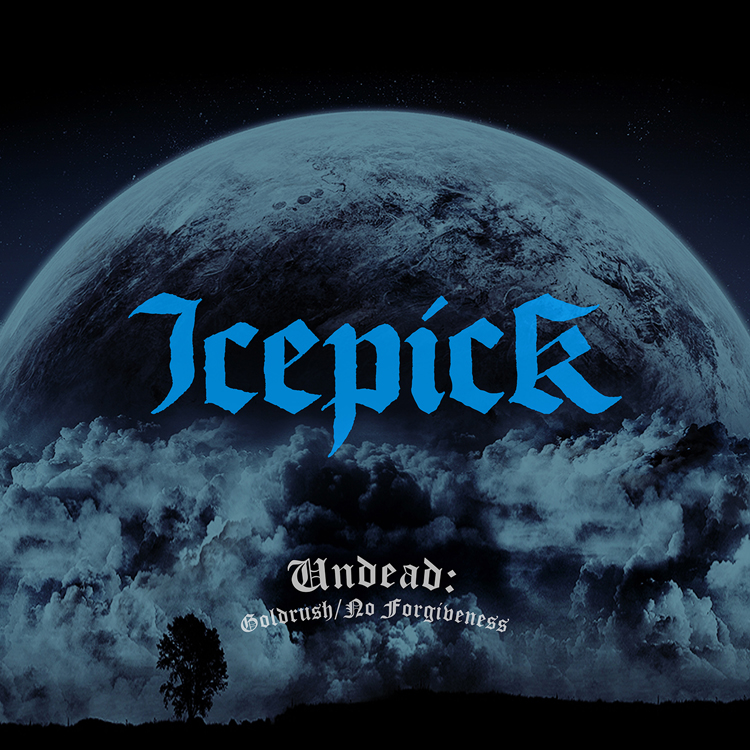 Icepick is a bit of a legend in the scene I suppose so I’m not sure how much to tell you about this LP. Let’s start with the bad news: it’s not new material. The good news? This album contains the Goldrush EP and the No forgiveness demo with Undead (only released on Light the fuse compilation 7 if I’m correct) as a bonus. I don’t think the Goldrush EP and the demo ever ended up on vinyl and both aren’t that easy to find these days, so in my opinion it’s a good thing these releases are available again. And on my favorite format as well. Couldn’t be happier!

Icepick plays NYHC. I mainly hear influences from Cro-Mags Best wishes album, but feel free to correct me on this. The Goldrush songs are my favorite, but most purists will probably like the demo better (if there would be a recording of their first rehearsal purist would probably prefer that recording, but hey, tastes differ). All songs are remastered. I’m too lazy to actually compare this to the originals, but I expect the demo sounds better than it originally did.

Anything bad to say about this release? Well, the Quicksand EP is missing. But that’s about it. This is stuff of legends and you should definitely get this. If only to be able to play it on vinyl. So what are you waiting for?