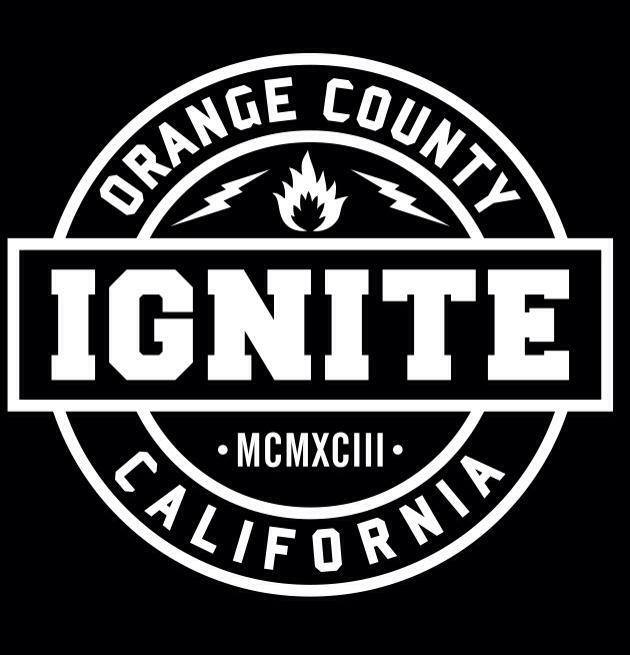 I can hardly not mention the football game that preceeds the game tonight. Before Ignite and the row of support acts gets on the stage, the Netherlands are playing Mexico, which is shown on big screen in Dynamo. Tensions are high, emotions swinging about and exploding after about 96 minutes of football. The atmosphere is great for an awesome show tonight.

For Said And Done it must have been a struggle to watch those last minutes. First they were going to play, then the equalizer is scored and it seems like they’re going to be canceled. When the penalty shot goes in the goal, they know it’s show time. The band does look a bit tired and has to open for an almost empty room. People come in gradually to see their live set of mature sounding punk rock with a grungy feel to it. The band struggles a bit to find the right sound it seems and the vocals of our very own Pim Arts are hard to hear. Whatever the situation, the band plays an energetic and enthusiastic set on the early Sunday evening, holding their ground in front of a reluctant crowd.

Because of the game I missed out on Jamestown (a man has to eat, sorry). I got back in time for the boys of Colors Dead Bleed. The international act of Belgians and Dutchies plays melodic hardcore, the way they used to. There’s more than enough experience standing on stage right now and that is very clear from their tight and energetic set. Apart from being a worthy contender in a Nathan Gray look-a-like contest, singer Polle displays the same unstoppable energy on stage. The crowd is waking up, getting into the show with the passionate sound of this band, who clearly enjoy themselves just as much. There’s even a birthday song included in the set, which only makes them more likable.

Time for headliner Ignite then. Zoli Teglas got injured in 2012, during his stint as frontman of the reformed Pennywise formation. The injury took him of the road and out of the studio for a long time, but the band is back and apparently has serious plans now to finally finish that next album. That’d be about time, as it has been eight years. To the sound of ‘Hurt’ by Johnny Cash, the lights are dimmed and the crowd has surged forward to get a good view of the show.

It would be unfair to call this their greatest concert. The band may be as passionate and loving towards their fans as ever, they also seem to be so burned up from playing the same songs over and over again. The new songs is where the energy really shines through, like ‘Oh No Not Again (If This Is Liberation Than We Are Alle Insane)’. The classics are those that get the crowd pumping though, like ‘A Place Called Home’, ‘Let It Burn’ and ‘Bleeding’. Zoli talks elaborately about various topics and brought his two nieces from Hungary so they can do some crowd surfing. When they don’t return to the stage he seems to get a bit worried later in the show. The new songs take a different direction and promise much for the future, right now tunes like ‘Live For Better Days’ and final act ‘Veteran’ still conquer the hearts of the fans.