In The Cage – Witness The Rise 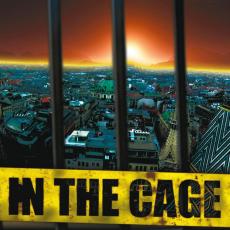 Austrian hardcore outfit In The Cage has been at it since 2007, making hefty music. After a year or so they released their first record and have been filled with ambition ever since, working from their homebase in the General K Studios in Vienna.

The men have been gathering experience in bands like Only Attitude Counts, Bust The Chain, Permanent Style and Business As Usual, mixing hardcore with metal influences. This creates a potent blend of metalcore, mainly inspired by the New York scene and the tough guy sound, describing themselves as Vienna style hardcore.

After a tension building intro, the band breaks loose with sharp, metallic riffing that is supported by the rhythm section. Hoarse,shouted vocals that can find a dime a dozen in the hardcore scene on tracks like ‘I Embrace’ and ‘Can You Deal With me?’. You can hear the influence of the likes of Terror in their sound, but there’s no real moment of elation where this band gets beyond the generic. The sound is tight and explosive, like on ‘Barricades’ and ‘Convicted’, but the vocals are bland and rather dull and the elements of the songs are not very pronounced.

In The Cage continues working hard and trying to be the best they can be, but that won’t be a band on a rampage to conquer the world. The further you get on the album, you do start to get the whole Hatebreed like atmosphere they create with songs like ‘Live Up To It’ (which isn’t a ‘Live For This’ ripoff as much as it sounds’). There’s the song ‘Anthem 21C’ that stands out with some slower parts and then rapidly speeding up. It’s just tricky to hear where this band places the elements in their songs and then suddenly crosses over a breakdown with a heavy metal guitar solo.

But hey, I might be wrong here. I dislike the vocal style, which sounds forced and unnatural, and consider the sound something that’s been done before and been done better. If you can totally get into the vibe of the likes of the aforementioned bands and ignore those things, this is your band. To me, they know their stuff, but didn’t manage to get  a sound out that is their own and feels coherent. Vienna Style, it may be, but I don’t hear the exciting sound of a Spider Crew or Bust The Chain here.

Band: In The Cage