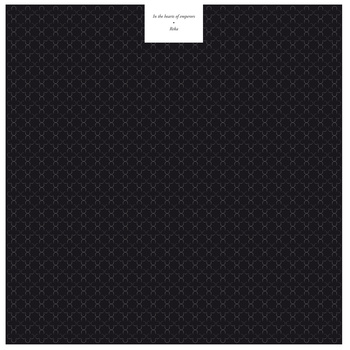 Watching the ice hockey game Sweden against Russia can be pretty intense. Both countries are at the top of the sport. In the Post Metal scene (excuse me for the term) In the heart of emperors and Reka are not the most known key players, but they deserve some attention. The first one from Sweden did a split with Downfall of Gaia and now gives us a 13 minute song entitled ‘Dreams of hope and loneliness’ split into three parts.

The ride starts with a short ambient introduction until the doomy hardcore riffs crush into the ether. Later they take a step back to fuel up again and the last part is basically without distortion, while expecting an apocalyptic end later that never comes. Sure I understand the purpose of the song in context with the title but the song fizzles out like a damp squib. The last years the tricks displayed here are done a million times before, but that’s also the case for straight forward hardcore or any other genre. In the heart of emperors at least brings up quality, but next time I expect a bit more experimentation.

Reka immediately goes for the goal and opens the score with ‘Legacy’. After three albums the band knows how to write an apocalyptic song without being a copycat. The intense screams (the singer of Celeste is accountable for it, just as the French lyrics), dragging riffs and the piercing melody give us a song that can meet with the best work of Amen Ra and old Cult of Luna. Next up ‘Apostasy’ is even better and the melody gets stuck in your head. The heavy riffs keep on body checking like a mean Russian ice hockey player can do. The two songs are addicting and I am looking forward to new material.

If you didn’t understand yet: Russia won this match easily!

Band: In the heart of Emperors / Reka