Inherit – The Crushing Wheels Of Samsara 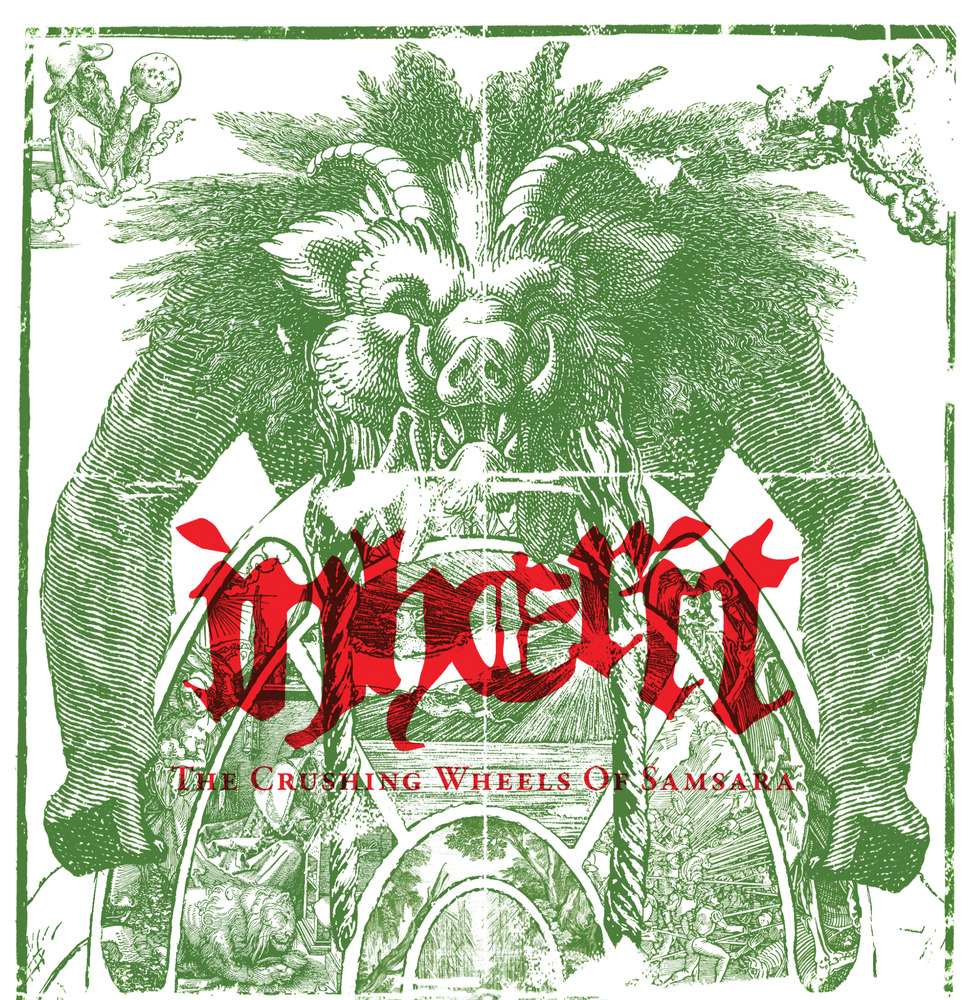 Crushing NYHC with thoughtful lyrics, that’s what London/Brighton’s Inherit is known for. Inherit released their first 7” on Holland’s most famous Reflections Records and they have been going strong ever since. One year after their debut EP, which also featured Terror’s Scott Vogel, if you didn’t know, the band brings their sophomore 7” release through a collaboration of England’s The Essence records and Belgium’s finest Control Records. Before I’ll even start about the music I’d like to say that this 7” has an amazing layout and aesthetic; great artwork printed on fine paper, hand-numbered colored vinyl, it’s all there. Great work from these great labels.

Now on to the music. As I said, Inherit has a distinct sound. The tracks have a NYHC feel that can be compared to bands as Leeway, Cro-Mags and Burn. The first 7” had some mosh-able tracks that were complimented by some great guitar solo’s. Inherit experiments a bit more on this 7” but still manage to keep a signature sound.

For example, Long Forgotten Self has the same outstanding flow of the s/t 7” but the song Wheel Of Samsara sounds different than what they’ve done before: this song has a legitimate 80s metal feel to me. The whole song is downtempo but not chuggy, it has a melodic feel and reminds me of older Metallica/Megadeth records. This song is topped off with some outstanding solo guitar, really extraordinary. Pressure Rising on the other hand goes a lot faster than Inherit has ever done. This song rips through 3 minutes of mosh-inducing riffs and licks, it’s probably my favorite one of this 7”.

Another thing that makes Inherit the band that they are, are the vocals.

The vocals are on-point and delivered with great energy and personality. I’ve been wanting to say this since I heard that first 7”: the authentic English accent is just so good, it really gives this band their own flavor rather than just copying some New York band’s style. The lyrics continue with themes about personal struggle, putting yourself to the test and perfecting the individual self, all with an awesome straight edge feel. It’s refreshing to see a band playing an often done sound without falling back on the generic vocals and lyrics, Inherit seriously deserves some credit for this.

Concluding; this is a great sophomore effort that leaves one wanting to hear more, maybe a LP in the future? Inherit is a band that you should check out and keep your eyes on, they are just getting better and better.