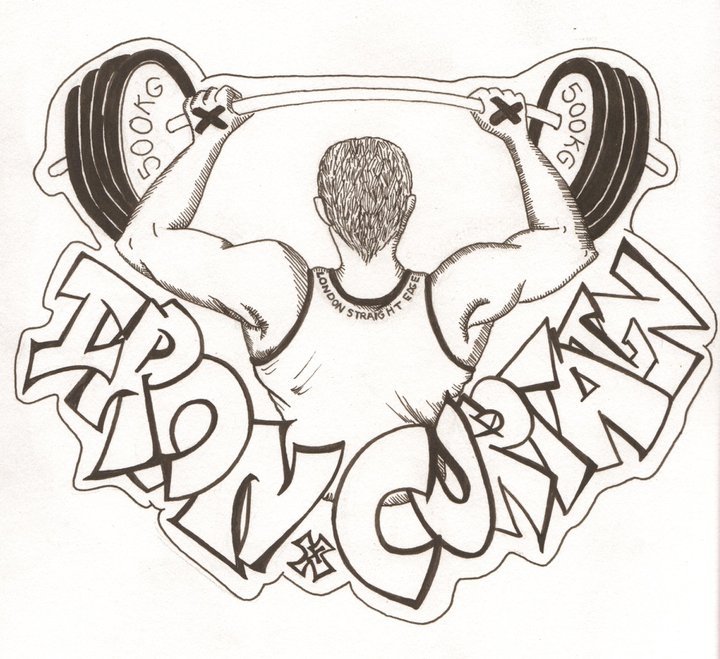 Iron Curtain are one of a handful of bands playing the fast youth crew sound who have popped up around the UK over the last year or so, this particular one coming from the small but prolific London straight edge community, as the intro kindly informs you, followed by ‘busting out’, just in case you were in any doubt where this 7” was going. The second release from DIY London label Anger Battery, this 7″ is ten minutes of pissed off hardcore with fast bits that sounds somewhere in between the classic youth crew sound of bands like Floorpunch and that of Lockin Out bands like Righteous Jams.

First off, Iron Curtain, what a cool name for a hardcore band. I can’t claim to know anything about the political allegiances of the band (I guess they’re not Communists?), but I’ve always thought it’d be cool to have more bands that are socially and politically aware (beyond ‘meat sucks, firebomb your local McDonalds’) on a larger scale than our community. There was a time when it was far more common place for a band to have a definitive ‘purpose’, and punk extended to more than a style of dressing, but I guess I sort of touched on that subject in another article already. Although there’s no lyrical references to any sort of political agenda for Iron Curtain, the name conjures up images of a fascinating period of human history, but maybe they’re not the exact band you’d imagine to explore the concept anyway. After the intro, the band storms through the first side of the 7″ in only a couple of minutes with that simple stripped down guitar style you’d expect and pounding drums. Singer Daniel’s vocals sound harsh and strained over the top of this, in perhaps a welcome change to the more obvious shouting style of many vocalists in bands of a similar ilk. There’s certainly plenty of points to gorilla mosh your way round the room in classic fashion, and I suppose this 7″ is a good representation of the band live. I saw them a few months ago before I’d heard their recorded stuff but I enjoyed their set. A band you can have fun watching.

I’d like to hear more from Iron Curtain. I’m not sure if I’d enjoy a full length record as much as a 7″ unless they bring out some more depth in their sound as it’s still quite simple at the minute, but equally I suspect there’d only be room for one Planet Mental record, so I’m looking forward to see how they diversify. I might book them for a show this year, so I can hear any new material. If you’re a London head particularly reading this, check out Anger Battery and pick up this 7″, you’ll probably dig it.