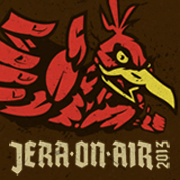 The 21st edition of Jera on Air in IJsselstein had everything I wish for in a good festival: great atmosphere, a nice small location, good food, friendly folks all around and a line-up that especially made fans of modern metalcore quiver with joy. After a pre-party with 6 bands on Friday, Saturday was the day of the main event. There was sort of a mini-Groezrock vibe going on that I really enjoyed. All in all, a perfectly awesome heavy, dusty day in the sun.

Climates from the UK already played a set in the smaller festival tent on Friday and were asked last minute to open proceedings in the large tent on Saturday as well. I arrived when their set was almost over, so I chose to skip them and scout the festival site instead. Jera on Air is what you call ‘compact’. Two big tents next to each other with a merch tent in between, a skateramp, a punkrock karaoke bar (with live band) in the middle and a DJ area to the side, to prevent the local Sugababes and Superdudes from accidentally stumbling into a moshpit. Everything on the site was about three steps away and the time schedule perfectly alternated between the two stages, so nobody needed to miss a thing.

Regular SWNK-readers probably know by now I really like 18 Miles‘ debut full length Darker Times. This was the second time I got to check them out in a few weeks time and I must conclude the band at this point does not fully deliver on that record’s promise. They need to work on getting a bit tighter than they currently are. That being said, they held their own on this somewhat bigger stage. The enthusiasm and energy were fully there and their set got the first moshers moving and screaming along.

Belgium’s Arizona treated the main stage to some emo-laced postpunk, but it was all a bit too slick and sweet for my tastes, so I opted to socialize in the sun and prepare for Wasted Bullet‘s set. I love this band and apparently I was not the only one, because the tent was full and the dancefloor turned into the first big dust cloud of the day. In my opinion, this is one of the best live bands currently active in The Netherlands and they proved once again they’re a force to be reckoned with. Tight, heavy and passionate, definitely one of the top performances of the day. 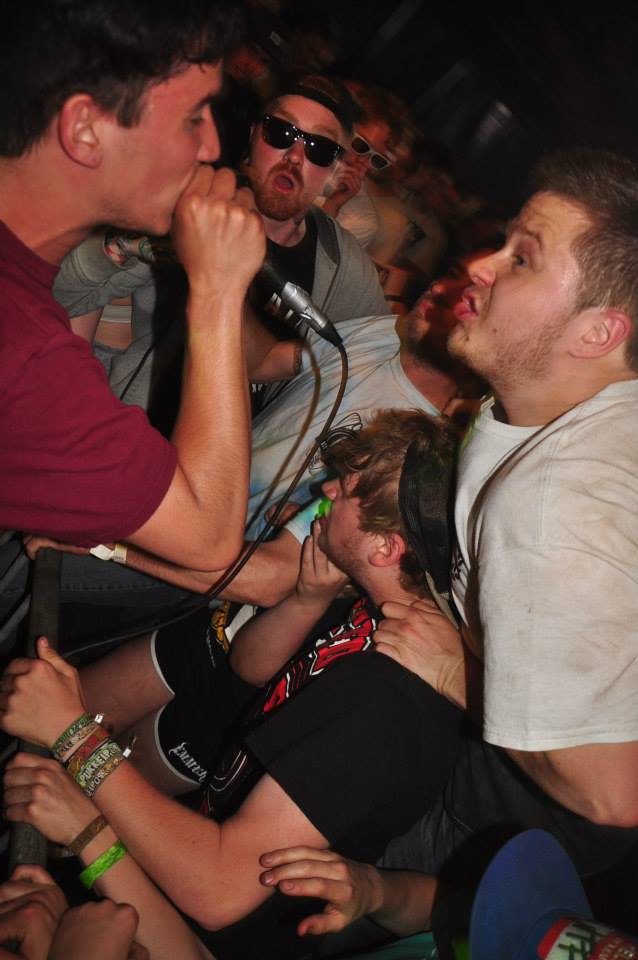 I did not know what to expect from seeing Apologies, I Have None perform on such a big stage and was somewhat afraid their intimate sound would get lost in that huge tent. I couldn’t have been more wrong. This was the third time I saw AIHN perform and this was definitely the best show so far. Sound was excellent and the vocals (while a bit shaky the last time I saw them) were of album quality. Forty minutes of singing along with goosebumps on my arms made for my absolute personal highlight of the day. Too bad the tent wasn’t nearly halfway full…

In the small tent, Palm Reader from the United Kingdom taught a select audience the true meaning of the word ‘intensity’. Hectic, chaotic and insanely tight post-hardcore with a crusty punk vibe, played by five guys completely wrecking the stage. Not really my cup of joe music wise, but awesome to watch.

Speaking of cups of joe, I really hoped I would finally come to understand why John Coffey is the current hyped up band in The Netherlands. Their recorded work certainly didn’t convince me so far and unfortunately, neither did this performance. I saw a band pre-occupied with how terribly interesting they find themselves, while playing a teethless rock-punk-hybrid that Matthijs van Nieuwkerk would qualify as ‘mieters’ and ‘lekker hard’. Nothing really wrong with that if that happens to be your thing, but it sure isn’t mine. 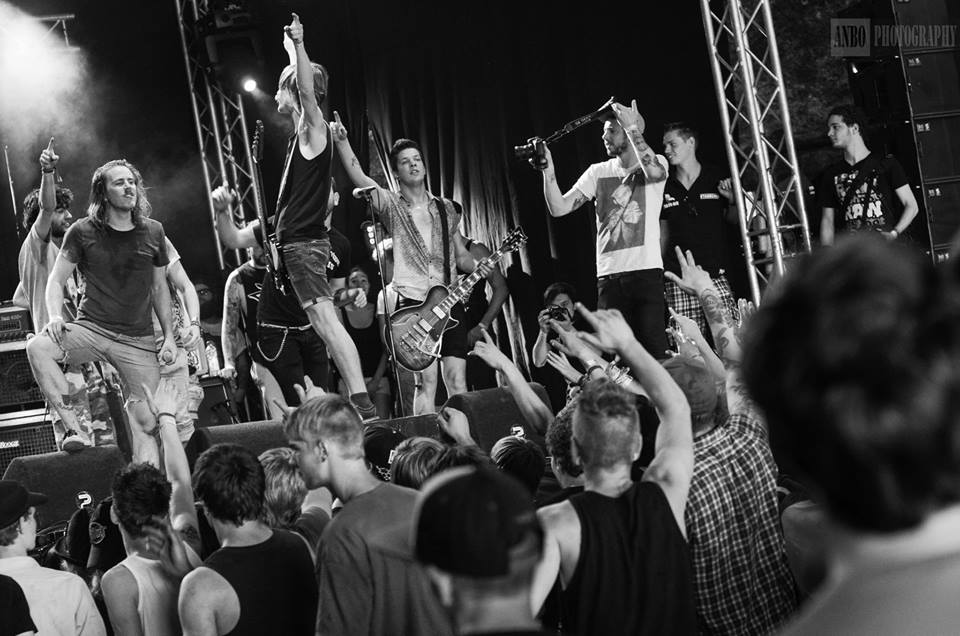 When No Turning Back starts playing, you kind of expect the place to explode every time. Today, that somehow did not exactly happen. The band played a good set as always, despite this being their new drummer Joel’s second show (he also plays drums in Wasted Bullet), but it all fell a bit flat. Sure, there was dancing, there were singalongs, but this particular crowd just didn’t seem that much into it. Also really weird to see people actively avoiding stage divers instead of catching them. All in all a decent NTB show, but nothing overly exciting.

I heard part of The Computers‘ set while sitting in the sun enjoying a delicious veggie BBQ burger from Just Like Your Mom. From what I could make out through the bassdrums coming from the DJ area, their sound lies somewhere halfway between rockabilly and Danko Jones. Not bad, but they didn’t manage to lure me into the tent.

Atlas Losing Grip really disappointed me with their lethargic show. Rodrigo Alfaro seemed to be holding on to an imaginary mic stand, not moving an inch on stage and the rest of the band apparently also had left their energy in the van. After two songs I had seen enough and the sun was calling me out again. There I got talking about Funeral For A Friend. Apparently I was one of the only people there completely unfamiliar with these Brits, since everybody seemed to either like their recent work or used to listen to them as a kid. All I can say about there set is: music not that bad, vocals completely intolerable. That dude’s screams sounded like Bobcat Goldthwait with a frog in his throat. Don’t even get me started on those ‘clean vocals’…

Cancer Bats is not really my thing, but they sure are a great live band. Liam Cormier is a very charismatic frontman who gives his all on stage and he’s backed by a band that knows exactly how to dish out a filthy, greasy sound. The kids up front ate it all up and I enjoyed their set a great deal more than I thought I would.

So yeah…Asking Alexandria. Where to begin with this band. They look like they just finished last in a Mötley Crüe lookalike contest and the highpoint of their set was when the entire band simultaneously switched from white to black guitars. Needless to say, minds were blown. I actually thought their music wasn’t half bad in the beginning. The breakdowns were thick and heavy and I especially liked the Iron Maiden styled clean vocals by singer Danny Worsnop (that’s his real name, I shit you not). That was until somebody pointed out the dude was actually lip-syncing or at least singing along to a backing track. I guess these guys aren’t kidding when they play a song called Bite Your Lip And Fake It… Bands like these are the reason people constantly scold this kind of metalcore and that’s a damn shame. Too bad they had one of the biggest and most enthusiastic crowds of the day. 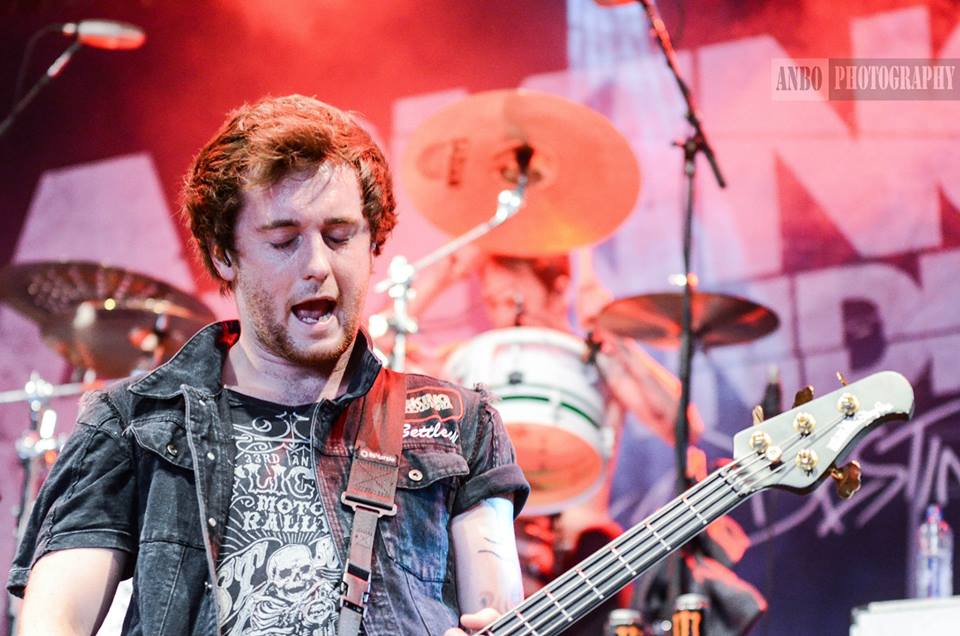 After that, it was a big relief to see a passionate true hardcore band laying waste to the small tent. I’ve said it before on this website and I’ll keep saying it over and over: everybody that thinks California’s The Ghost Inside has got nothing to do with ‘real hardcore’ seriously needs to check out this band live. Seldom do I see a band radiate this much positive energy on stage, while singer Jonathan Vigil actually has something to teach the kids in the pit. Sure, his lyrics may lean towards sloganeering at times, but it are heartfelt slogans backed with a fistful of sincerity. That, or they are extremely good at faking it, haha. The kids up front went nuts and despite the occasional douche bag apparently thinking he was crowd killing it at a Brutality Will Prevail show, the atmosphere was just perfect. Songs like Faith And Forgiveness, Thirty Three and of course closer Engine 45 sent positive shivers up and down my spine.

Parkway Drive must have single handedly doubled the festival’s electrical bill, because their lightshow was beyond insane. Too bad all those strobes, blinders, neons and LED-canons were aimed DIRECTLY at the audience, rendering it absolutely impossible to look directly at the stage, while the band was reduced to shadow puppets. Musicwise, this was what you’d expect from a Parkway Drive show, but nothing more. I must honestly say that I’ve gotten a bit bored with this band. And oh yeah Winston McCall, when you announce that you’re going to play a ‘really old song’, I expect a track from Killing With A Smile and not from a later album. 😉 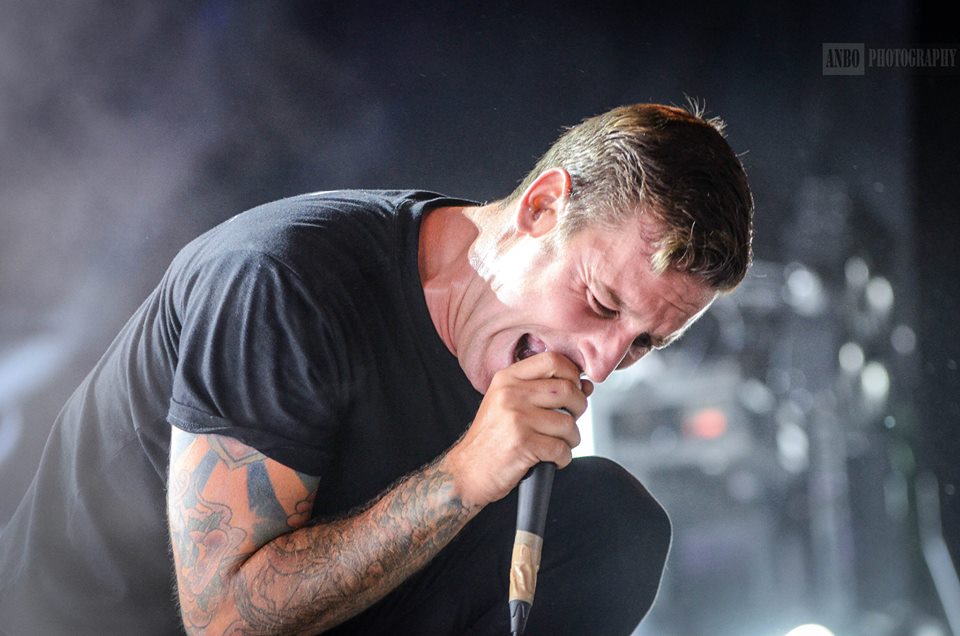 Random Hand might just as well have been called ‘Random Band’, because nobody I talked to had ever heard of them. Why they were so high on the bill is beyond me, since they turned out to be that kind of Rage Against The Machine/Skacore crossover band that plagued damn near every local festival in the mid to late nineties. Little under a half full tent of people seemed to be enjoying this, but I couldn’t be bothered.

I know people have had their Worldwide United Hardcore Scene membership card revoked for far less, but since I probably already lost the right to carry mine years ago, I’m not ashamed to just come out and say it: I absolutely love A Day To Remember. I won’t even call this a guilty pleasure, this really is one of my favorite bands. Judging by the number of ADTR t-shirts on the festival site, the huge turnout and the excited atmosphere in the tent, I was not the only one. Sure, the music is corny as hell and Jeremy McKinnon can’t carry a tune to save his life, but it does not matter. As usual I didn’t even notice how bad his vocals were, because I was way too busy singing along and enjoying the shit out of the huge pile of hits the band casually threw from the stage. Ending in an orgy of confetti and smoke during crowd pleaser The Downfall Of Us All, this was the perfect ending to a long, sunny and dusty day of heavy music. 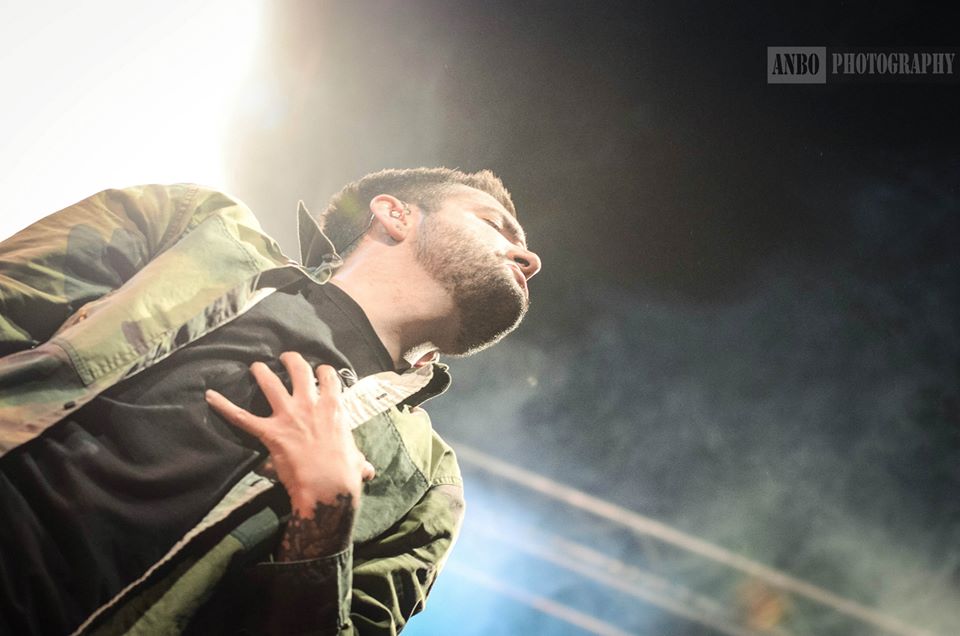 All in all, the entire crew of Jera staff and volunteers can be proud of themselves for making this one of my most pleasant festival experiences to date. Let’s hope next year’s edition will be just as good, if not better.

Pictures by Gerrit Smalbrugge and Anbo Photography. Click links for full galleries.
Cancer Bats and The Ghost Inside video by Allichs. Parkway Drive video by Floydianolf.