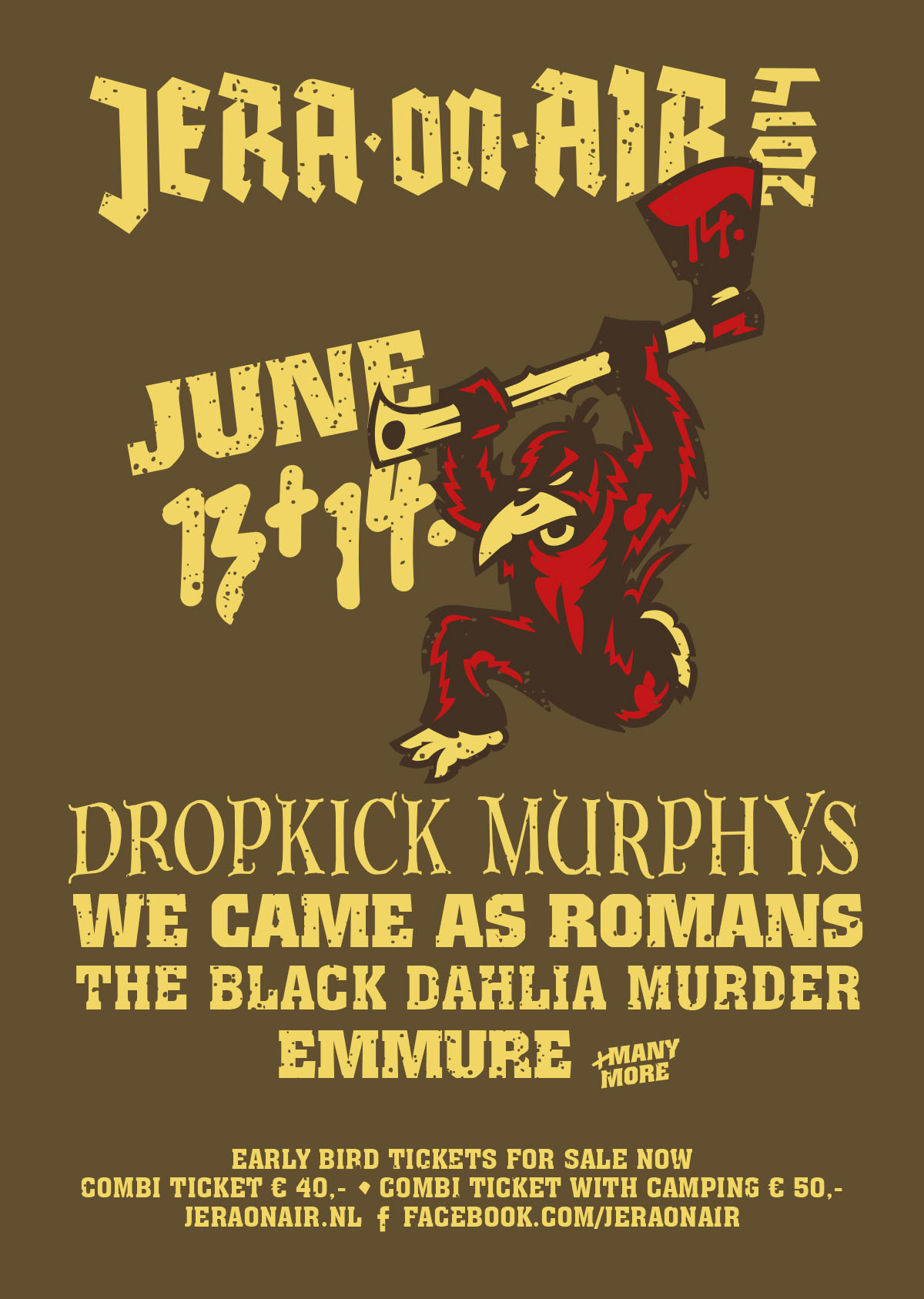 Jera On Air is slowly but surely growing to become the Dutch answer to Groezrock. Every year the festival gets bigger with Dropkick Murphys and Hatebreed on this year’s line-up one could say it gets better as well.

I admit I couldn’t make it out to the first day of the festival. A shame because I would have loved to see Said and Done bring their rock to the masses. From what I heard Zebrahead wasn’t really good whereas Architects were crowd favorites.

Arriving early on saturday the gang was greeted by Etjen from Just Like Your Mom. Any fest he is, you’re sure you’ll have good food. Always a big plus when going to the festival.

Dutch metalcore band For I Am King bulldozed their way to the wakening festival crowd with a pretty decent performance. Antillectual also did a good job as well as British Gnarwolves who’s laid back mix of Title Fight and punk seems to finally gain some recognition in The Netherlands.

To my surprise Dropkick Murphys didn’t headline Jera On Air but played somewhere in the afternoon. The Boston band sure managed to draw the crowd in and brought the party. They are the ideal band for any festival and brought a smile on their fan’s faces.

Alos a party was the punk rock karaoke band playing the smallest tent of the festival. I never thought I would see Riekus Antillectual singing a Dead Kennedy’s song or Marnix from punx.nl doing his impressive Freddy Madball impersonation. Good times and a way better pass time than seeing bands like Emmure, Of Mice And Men etc.

By far the award for best performance of the day goes to Against Me!. Laura and friends played a really good set combining old and new work. The audience didn’t really go nuts but everyone up front enjoyed singing along.

Let Live headlined the smaller stage and I can see why. A crazy frontman and a sound that’s interesting to the average listener of hard music makes this band quite popular. After catching a minute of the Hatebreed machine it was time to pack our stuff and go home. Chances are I’ll be back next year.