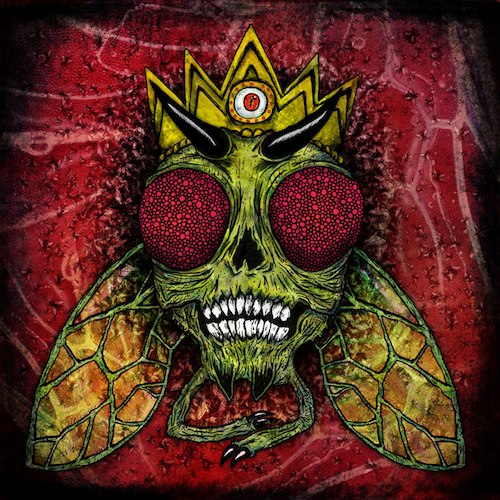 Pretty much every review you’re going to read about Junior Bruce is going to mention how the singer Scott used to be in Bloodlet. It shouldn’t matter, but Bloodlet were such a mesmerising canvas of mangled, confusing song structures, complex time signatures, strained vocals, and almighty fucking riffs that they will forever have a place in my heart and so I feel the need to mention them. Now we’ve got that out the way I gotta point out that this band is nothing like Bloodlet. It does apparently sound a little bit more like Scotts next band Hope & Suicide according to some other sources. I remember reviewing Hope & Suicide for Fracture fanzine ten years ago, but I honestly can’t remember a thing about them.

I was disappointed by the lack of Bloodlet influence for all of thirty seconds. Then this album asserted its stance and won me over with it’s much more direct approach. Vocally this nods more to Clutch than any hardcore band, although listen carefully and you can how capable Scott is, switching between this style, his old strained Bloodlet style, and an almost ALMOST melodic voice that absolutely works with the superb stoner rock riff dynamics at play here. While this sets out the loose blueprint, it is not something Junior Bruce are bound by. They wander off into all sorts of other territory, embracing filthy great drag chords, thrash metal, and of course triumphant and galloping stoner jams. Every single track is a stand out, there is ZERO filler. There’s a sniff of early High On Fire and first album Mastadon about a couple of these tracks too, although as much as I tried to get into those bands, they never grabbed me and won me over the way Junior Bruce has.

So if you’re tired of bands with all the valve amps in the world but only two good riffs, check our Junior Bruce because they sure as hell know how to kick out the jams. In fact, consider this an early heads up so that in three years time when your bearded doom buddies discover Junior Bruce and ask you if you’ve heard of them you can roll your eyes and issue them a late pass.