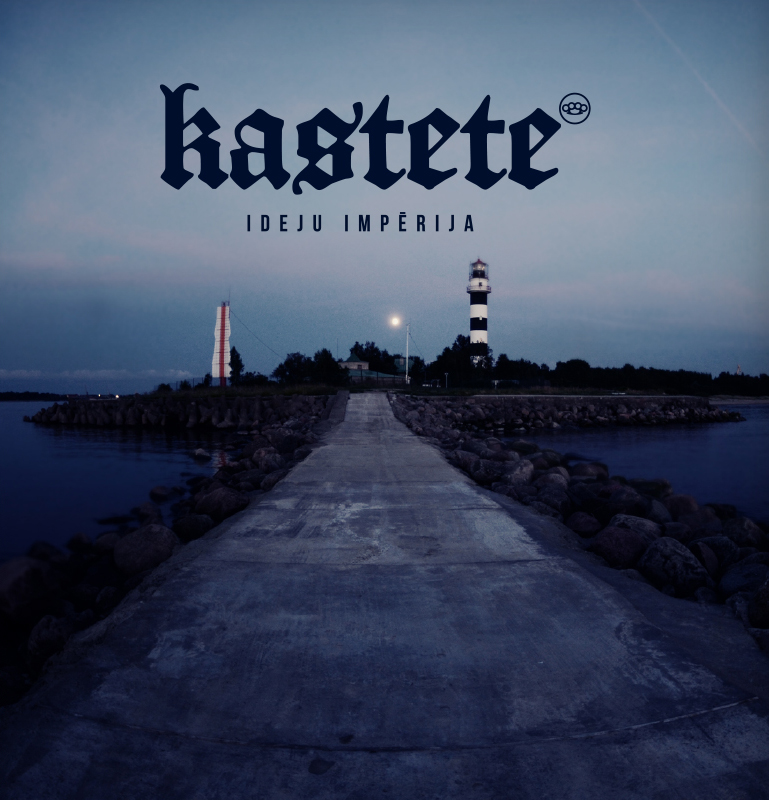 Freely translated, Kastete means something like brassknuckles and that’s pretty much representative for the straight ahead, punch in the face sound of these Latvians. They’ve been around for years and have moved on to forming a distinct sound that fits with the songs in their native language. With plenty of experience and influence, these guys are going strong with their new album Ideju Imperia.

So here’s a little list: Collide, Saving Daylight Remains, Seborrhea, Trauma Moralis, Hidden Well, Mutilate Myself, Apatija, Gatling, Huskvarn, Frailty, and recently also Wagars. A shortlist of band the boys have been active in, in the small but tight scene of the Baltic country. Do not worry, Kastete remains an uncompromising hardcore band that hits it where it hurts with full power.

So ‘Narko’ kicks of with a sound that reminds you of black metal tapestries of sound: it just doesn’t stop. It just pushes on. The song ’13. Janvaris’ brings on that driven hardcore sound of these guys, that keep up on ‘Galvas Ripos’ and ‘Vienaldziba Nogalina’.  A more punkrock vibe is achieved on ‘A.C.A.B.’, which immediately renews the albums energy and interesting sound by offering some change again. The shouted, simple sound continues on ‘Ticiba Seve’ and ‘Gribi Mieru. Gatavojies Karam’.

The song ‘Dogma’ offers an interesting intense sound where you can kinda see that the vocalist is also the drummer. That does limit certain options but also makes you move towards a certain sound. This comes to live in the song ‘Ideju Imperija’, where we can hear a Baltic version of Madball at times. ‘Your Time Is Now’  is the first and only English track on the record (unless I grossly misheard something here) and is a bit weird in that sense. The sound here is very raw and it’s like some guys playing around a microphone and shouting at it, which I admittedly dig.

So the three Latvian hardcore dude’s march on with ‘Tirasinu Sports’ and ‘Postpadomju Cilveks’. Kastete has that distinct sound that probably gave shape to the Latvian scene and only when the music becomes really raw you can distinguish it. There’s a bit of that New York tough guy sound, but also something of that old protest punk, with a twist of metal. ‘Zaglu Valsis’ proves that in it’s intro. All in all, it’s a great record, worth checking out.