Kehlvin – The Orchard of Forking Paths 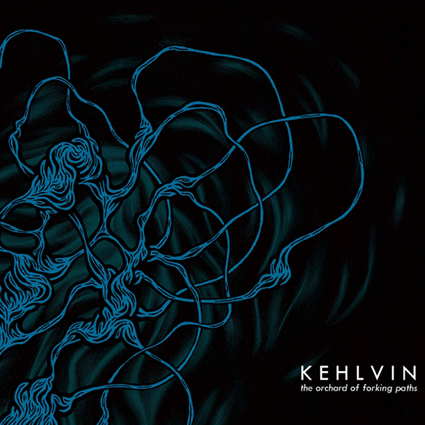 Post Hardcore & Post Metal are terms to describe music that consists mostly of long and dark songs with a vocalist that screams like his life is over within a couple of minutes. Repetition is the keyword and the same riff is repeated over and over to slowly to put the listener in a trance. On the edges you still hear a hardcore base, but you can see it as the slower variant. A good example is the band Kehlvin that releases their third album with the title “The Orchard of Forking Paths”.

The Swiss band is tight as clockwork (not a surprise when your origin is Switzerland) and follows the typical paths in for example “The Metapsychical Trout”. However in the last song “The Orchard of Forking Paths” and “Troy von Balthazar” they surprise with the addition of some good old noiserock in the vein of Unsane. This influence is floating around in the faster songs of the album. Together with a dose of old fashioned Knut (I am talking about the slower parts of the album ‘Challenger’, but also the hectic songs are an influence) Kehlvin pretty made a sound of their own.

What I like on this album is that the band didn’t stick too much to the slow and atmospheric parts; they incorporate aggressive breaks on the right moments and added heavy outbursts that use the typical dissonant riffs so famous in the underground metal/hardcore scene. The short one “Whip This” is totally about tempo changes, hysterical vocals and noisy guitar riffing. Is it an ode to Botch and Knut, both no longer with us?

The powerful recording and mix is organic but doesn’t come across old-fashioned. People who are into old Isis and Cult of Luna, and are not afraid of some noiserock and mathcore should give Kehlvin a chance with this third release.