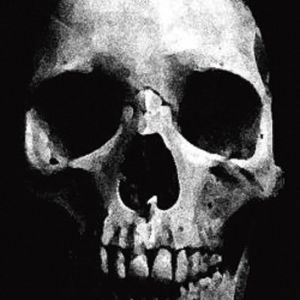 This is not a record. This is an experience.

There you have it. For years Kickback has plagued the hardcorescene with a mirror which never flatters. With one leg firmly rooted in the scene and the other stuck in whichever sinkhole they found this band always was about confrontation and never about conformation. One can always argue that their older stuff is way better. This is the fate of almost every band. I for one am glad they threw away the shackles of the past and look towards the future. However dark and depraved that future may be.

First of all. You won’t find songs in the traditional sense in this experience. There is always a start and an ending but what happens inbetween never has the logic or conventions that other bands have. That everything sounds tight as hell proves that this band has done something that not many bands succeed at. If I would have been a lazy reviewer I would have mentioned black metal influences. That sure could be said about ‘No Surrender’. And while some riffs do remind of that genre you should seek out Morbid Angel for more guidance. These vague echo’s of other bands get fully integrated in the unique Kickback way. The album sounds organic and has it’s own flow.

The only thing that hasn’t changed are the sick and depraved lyrics. Which is absolutely a good thing. It adds to the overall atmosphere of the experience. This is not your soundtrack for ill fated moshsessions. Et le diable rit avec nous is best digested in a darkened room with no distractions. Let it all sink in and know that there is a world beyond that has more sickness and depravity than you even imagined. The last two songs are coversongs. I especially enjoyed the Geto Boys cover of  ‘Mind of a lunatic’. The Brainbombs cover didn’t do it for me. But who cares, the album itself is a great step forward for the band and transcends the hardcore genre. So I urge everyone to give this band a chance even when you didn’t like them before. It’s their most addictive effort to this date.

Et le diable rit avec nous is simply one of those albums you have to add to your collection in 2012.