Knuckle Puck – While I stay secluded 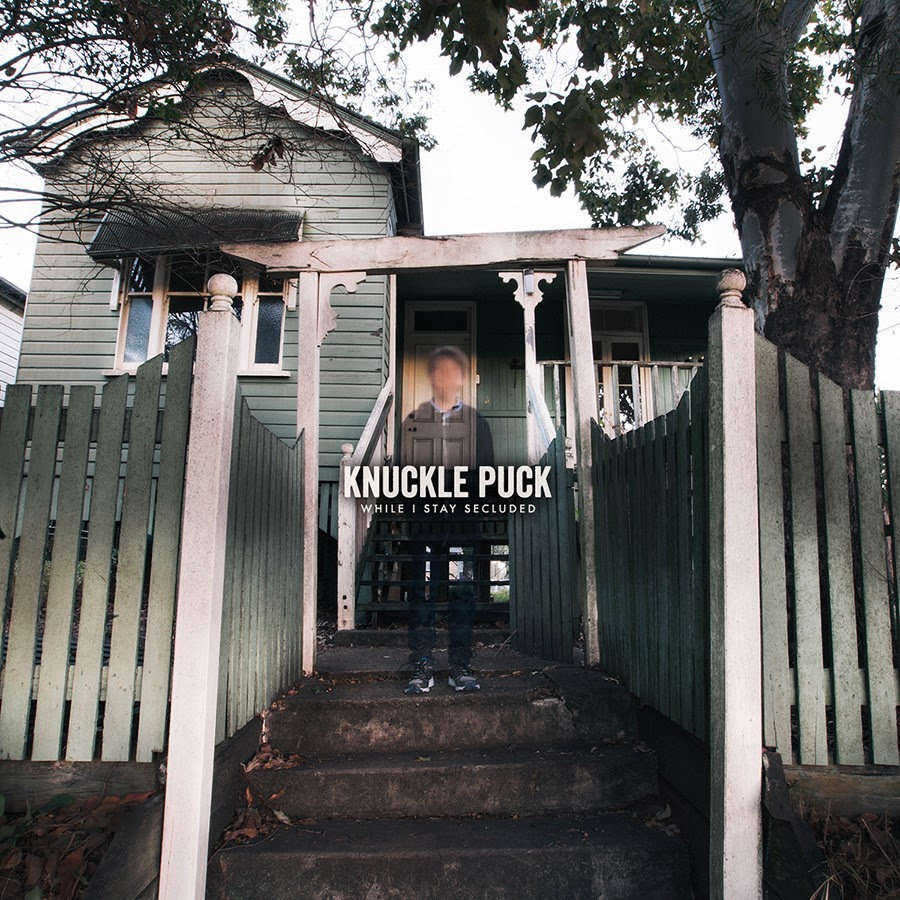 Finally a new good pop punk band! Since New Found Glory I haven’t heard a band which could be as relevant to the genre as Knuckle Puck. Don’t expect Knuckle Puck to freshen up the whole genre but it’s just that the music is really good. The hardcore aspects and the great vocal reach of singer plus back up is just swell. Also the production is bizarre… How long have these guy’s been playing?? From scratch (‘Don’t come home’) they had an amazing quality.

Why I preach for NFG is mostly thanks to their great part in narrowing the gap between emotional punk rock and not so emotional hardcore. They know to create a subtle rate between serious songs and some (self)mockery. This last part is what lacks with Knuckle Puck. ‘While I stay secluded’ is an awesome piece of pop punk but it’s so goddamn serious…. From start till finish it’s one emotional trip. In music that shouldn’t be a problem but a bit more uplift never hurt nobody.

Musically the band hangs between, like I said, between bands as NFG, Yellowcard and (echooey) Touche Amore and every now and then as an older Comeback Kid. Also between the hardcore influenced riffing, they can really play. Check out the bridge in ‘But why would you care?’. Good structure and drums ripping through tight riffs, that’s a plain well-done

Some folks were already speaking of a revival thanks to bands as ‘A day to Remember’, ‘Real Friends’ etc etc. I’m not qualifying those bands as less but I think this band is a bit more relevant because of the narrower relation to the faster and aggressive punk rock. Although this EP abandoned on the fast aspect you should check this out. And also check out the earlier EP’s and mainly the instant anthem ‘Give Up’. What the heck I’ll do the hard work for you…here it is.