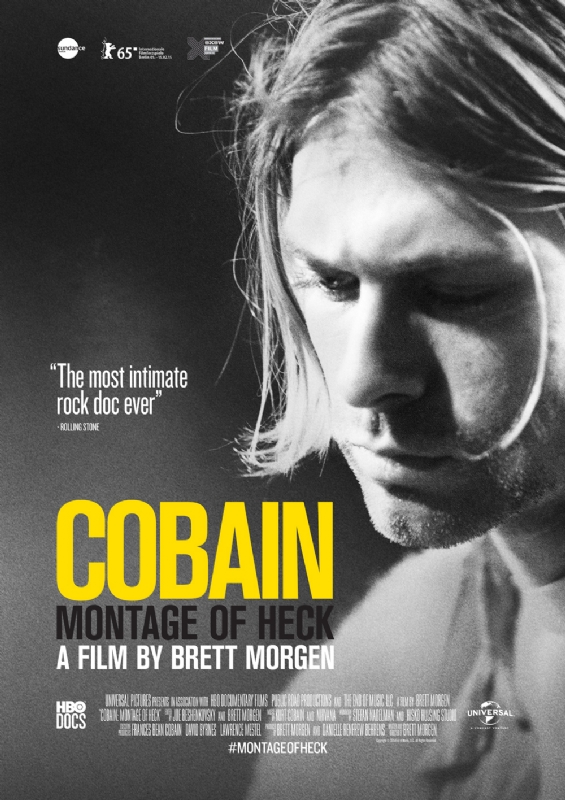 On the 17th of April I went to a sold out Tuschinski theater in Amsterdam to see “Kurt Cobain – Montage Of Heck”.  A special viewing by the International Documentary Film Festival Amsterdam. The first time this film was mentioned (back in 2012) I was already looking forward to seeing it, but in the years that followed I slowly forgot about it. Until November 2014, when they announced it was going to be a HBO film. Which usually stands for quality. And it does not dissapoint. Not in the slightest.

First things first: “Montage Of Heck” is not a Nirvana documentary. Hell, it’s not even a complete Kurt Cobain documentary. It’s also not the absolute truth. There’s no fact checking. It’s a view on the man’s life, a story, that Brett Morgen found in the massive amount of art that Kurt left. And it’s told well. Really well. 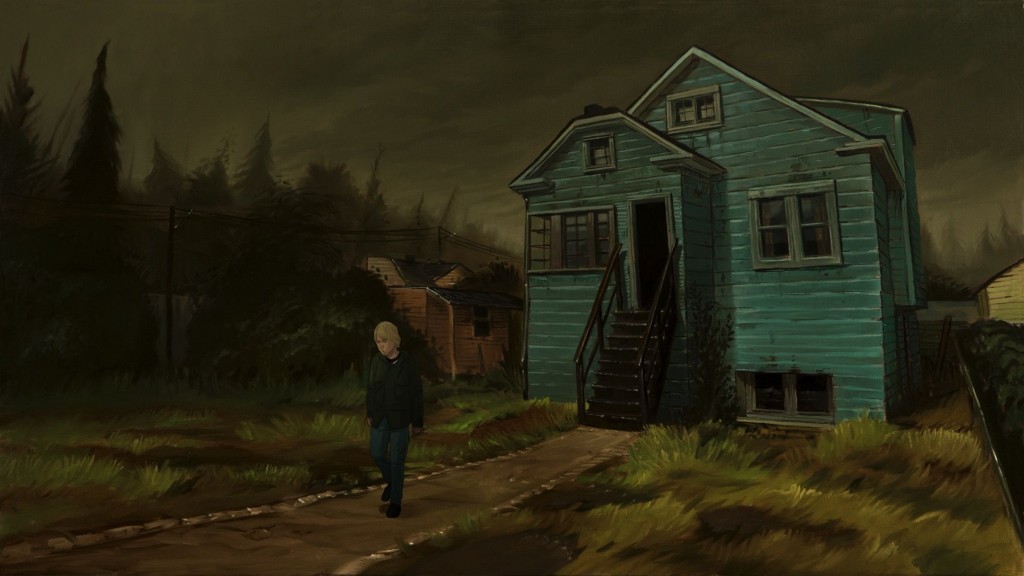 Actually, partly, it’s Kurt telling the story himself. Morgen found a tape that contained an autobiography Kurt recorded himself near the end of the 80’s. On this tape he talks about the divorce of his parents. How his mother couldn’t keep him and how eventually he wasn’t welcome at his father and the rest of his family either. Nothing new there. Even the story about the (slow) girl that he and some ‘friends’ stole booze from, and he had sex with (but was so ashamed of that he almost committed suicide) isn’t new. The fact that there’s a recording and that he really ‘performed’ this (doing multiple takes) autobiography is though. Morgen said that in those 7 minutes or so, when you don’t see a single photo or video of Kurt, he felt he got to know Kurt the best. What you do get to see during this part is beautiful animation by Hisko Hulsing (who people might know from his short film Junkyard) and his team. When you view it, it seems like it was meant to be presented this way. It just makes sense.

Montage Of Heck is named after a collage / mixtape that Kurt made. You can listen to the long version here.

The Montage Of Heck tape is only a small part of the immense amount of art Morgen went through. Kurt was always creating: writing music, writing in his journals, paintings, drawings, films, sound collages. It’s great to see those drawings and paintings come to life in this film. There’s some unreleased songs in the film too. A beautiful jam on ‘And I Love Her’ by the Beatles (you can listen to it below), an unknown jam, some acoustic versions of well known songs and what seems like an instrumental version of “Sappy”. There was a soundtrack announced, but so far no info on that can be found. While I can see the record company doubting the potential of a release with unfinished jams, it would be a shame if those tapes don’t get a proper release. Somehow. If only digital?

Maybe the heaviest parts of this film were the parts that contained Kurt & Courtney together. Where you can see them being happy. How great they were together. But also how they self-destructed. How bad the drug use was. There’s a part where you can see a clearly high Kurt nodding off while he’s holding Frances. It’s really intimate and shocking footage. Painful even. The family wasn’t happy with it, but it is part of the story, the reality. The story that Morgen tells is that Kurt was looking for a stable family his whole life. But he couldn’t get it to work. And when he heard / thought Courtney was (allegedly) cheating on him it was the final straw. The film stops before his actual death though. Everybody knows how it ends.

So nothing to complain at all? No, not really. The placement of some songs because of their lyrical content (“Here She Comes Now” when Courtney entered the film, “Where Did You Sleep Last Night” after Courtney talked about thinking about cheating, for example) felt a bit on the nose, but it works. Also Kurt’s mother saying something along the lines of “You’re not ready for this. Buckle up” when she heard “Nevermind” for the first time, as if she knew how big a star her son was going to be felt rather unbelievable. But once again, it worked for the movie. So if those are the only things I can think of… In a film that lasts for more than 2 hours, on a person I’ve been reading about / listening to my entire life…. Well, let’s just say, that’s pretty flawless.

And maybe it’s just me, but somehow the editing / style of the movie reminded me a bit of “Live! Tonight! Sold Out!” (the Nirvana video Kurt worked on before he died, that was finished later) too. I don’t know if that was on purpose, but it felt right. Also the “End Of Movie” credit was a nice touch. I don’t know who’s behind that exactly, but it’s a nice reference to “The End Of Music” the name of the ‘company’ that holds Kurt’s publicity rights.

All in all, “Montage Of Heck” is the best Kurt Cobain film to date. Trust me, it’s a classic. Check cobainfilm.com to see when it plays in a theater near you. You might have to be fast, because it will be in theaters only for a limited time. And this one deserves to be seen on the big screen. With the volume way up.