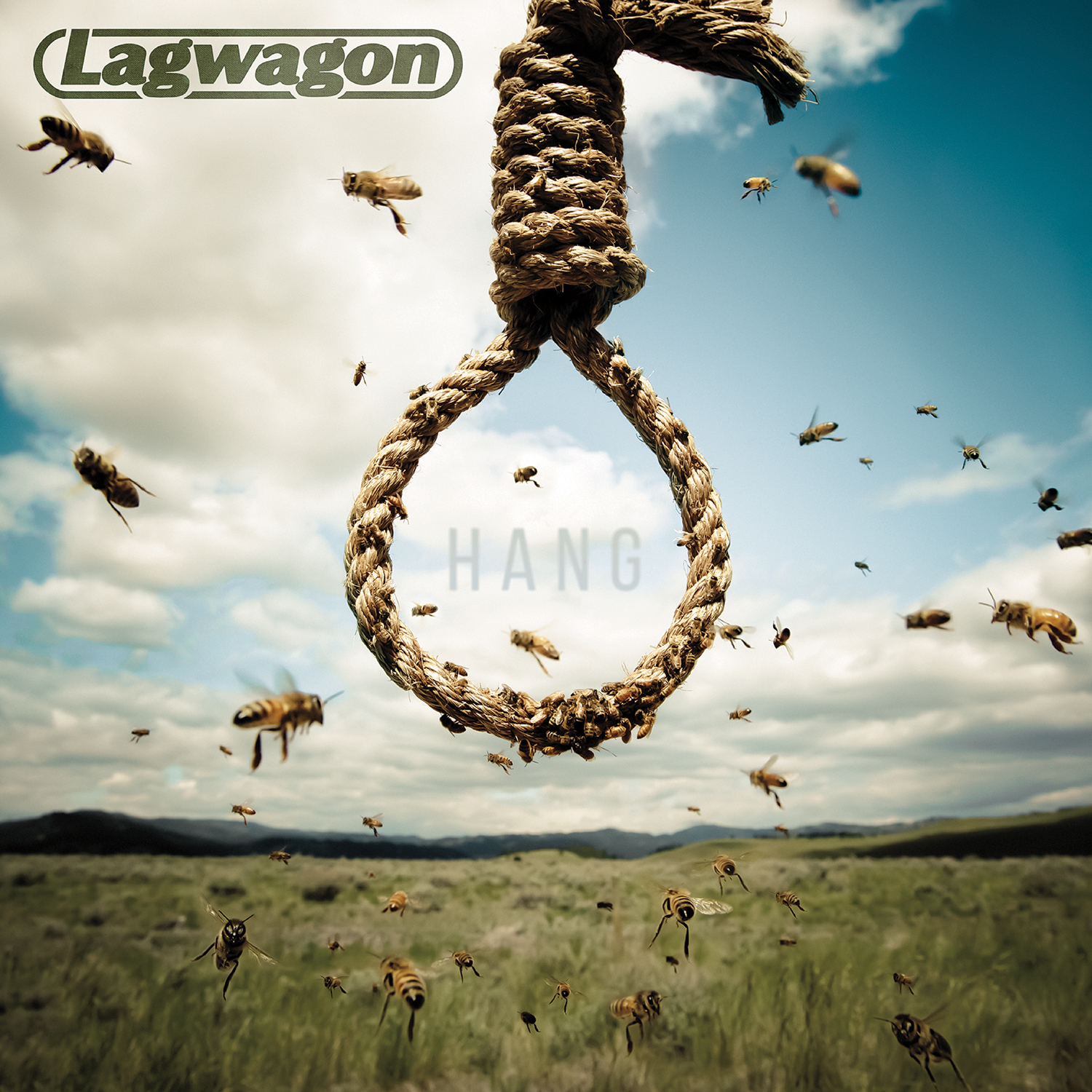 The wait is over, people! Nine years after “Resolve” there’s finally a new Lagwagon record out. The “I Think My Older Brother Used To Listen To Lagwagon” EP released in 2008 was a bit disappointing, but “Hang” definitely makes up for that.

Joey Cape stated in interviews that when it comes to writing music for Lagwagon he used to write songs on his own and later on explain the band how to play them. With “Hang” on the other hand, the entire band was involved in the songwriting process. And besides that this is the first record with Joe Raposo (Rich Kids On LSD) on bass, and if you’re a bit familiar with him you’d know that guy can come up with some mean bass lines. Well, enough background information here, back to music.

“Hang” kicks off with the acoustic, one minute intro track “Burden Of Proof”, something you wouldn’t be unfamiliar with if you’re into Joey Cape’s solo work. Right after that you get eleven melodic punk rock tracks with a more metallic, serious approach compared to Lagwagon’s previous work. The 6:11 long track “Obsolete Absolute” is a good example of this. The metal influenced riffs and lead guitars make the band sound more urgent and give an entire new dimension to the music. Just listen to the guitar and bass work in “Drag”, “Made Of Broken Parts” and the of Black Sabbath and Iron Maiden reminding track “The Cog In The Machine”, which was already released weeks ago. Mixing punk rock with groove and a sense of urgency never sounded so good. Don’t worry though, they’ve not gone all metal. “Burning Out In Style”, “One More Song” and the last track on the record, “Reign”, still proves there’s room for fast skatepunk that would easily fit on “Let’s Talk About Feelings”. And that’s why this album is in perfect harmony. The twelve tracks all have different elements what makes them interesting and enjoyable. No fillers or tunes you’ve heard before and the record sound fresh, but still remains firm and impressive. All in all each Lagwagon record has a different sound and I think “Hang” is a new chapter in a book that has been successful despite its up and downs.

Whereas contemporary bands often strive for a more cleaner, smoother sound in their later years, Lagwagon became more serious, darker and ultimately, harder. And although Lagwagon never had a problem with putting melody in their songs, the melodies in “Hang” are even more effective and catchy. Perhaps it has something to do with the new songwriting method, because to me this is one of the few Lagwagon records where all members excel at what they do. There’s simply nothing to dislike. And I can’t find a reason why “Hang” shouldn’t be in your music collection, because let’s just admit it: this is one of the best records that have been released in the last couple of years.