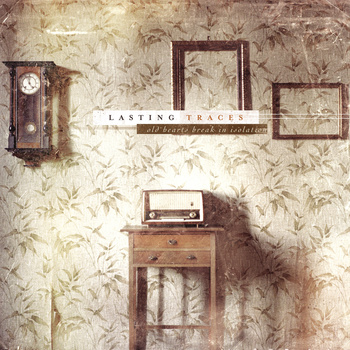 Prior to this record the only thing I knew about Lasting Traces was that they’re a German band who toured with Midnight Souls this year. After listening to ‘Old Hearts Break In Isolation’ I can add that this band definately has listened to Defeater. Now I’m not saying this record is a complete rip-off of Defeater, but it’s very very hard not to compare the two bands.

‘Old Hearts Break In Isolation’ contains of nine melodic and epic hardcore songs. There’s not much to be found on this record  for the moshers amongst us. For anyone who likes to scream their guts out, there are enough parts to get a soar throat though.

Songs like ‘Pipe Dream’ and ‘Resurrection’ are examples of how good Lasting Traces are in what they do. ‘Resurrection’ though is also an example why these Germans aren’t on Defeaters level yet: the acoustic part in the end is nothing like Defeater’s acoustic songs.

Unlike Defeater, but much like any other hardcore band in this style, ‘Old Hearts Break In Isolation’ isn’t a concept record. All songs stand on their own and are expressions of the vocalist.

‘Old Hearts Break In Isolation’ is a good, not so original record, which will appeal to everyone who’s into the newer generation of melodic hardcore bands. Though, at the moment, Lasting Traces stands in Defeater’s shadows there is enough quality on this record to not simply write the band off as a copycat.

You can listen to the entire record here: