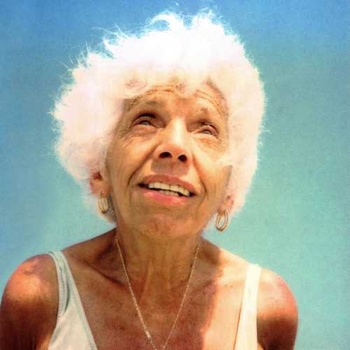 Nine songs in almost ninety minutes and we are not talking about post metal or post rock. Le Reveil des Trophiques is from Paris and is from different musical backgrounds, that lead to this debut full of psychedelic improvisations that are sometimes broken up by noiserock not unlike early Sonic Youth or early eighties krautrock. After two days and three nights, together with I guess lots of booze and drugs, the result is a fuzzy trip to close your eyes and leave your daily life.

Like true French men the smell of Mediterranean food, wine on a sultry night shines through the music. The first song ‘Jerusalem’ is a true psychedelic trip not unlike Hash Jar Tempo and ends in fuzzy guitarwork. The build up and structure of the song is comparable to Sleep‘s song with the same name. Yes the quintet has added a dose of stonerrock to the music as well.

Disc 1 is continuing in this way and they don’t lie with the statement at the back of the CD booklet that this album is part one of a hallucinating trip. More musical voyages will follow later. Track ‘Tunguska’ is less improv and more staccato like Mogwai writes their songs but imagine the boys drank some wine before starting to play.

Disc two is starting in a punkier way with noisy guitars. This is the moment Sonic Youth comes around the corner. The fury and staccato drumwork stays until we arrive at ‘Yonaguni’ that begins with a bass rhythm with adding guitar reverb until we slowly go to a climax and a sonic explosion occurs. The last one ‘Anthemusa’ is nothing more than an outro and shows the guys were fullfilled with the booze and drugs. Let’s see were the trophy goes to the next time. I’ll be prepared on the couch with a good bottle of wine and French cheese!