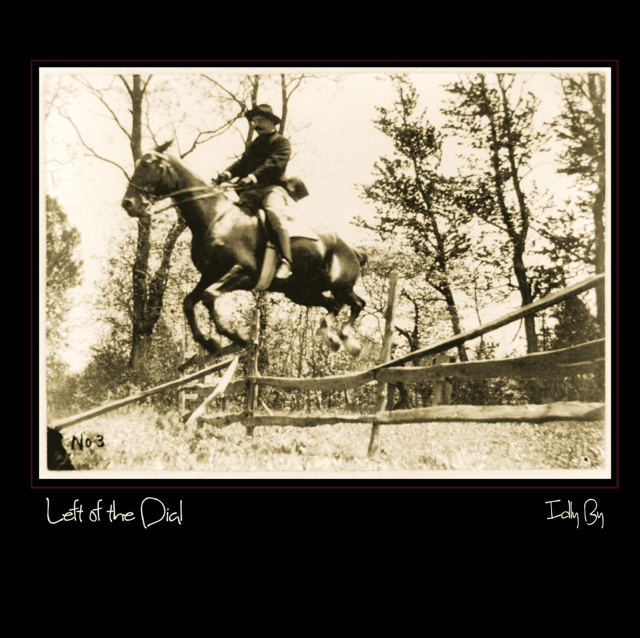 “You gotta lose your mind in Detroit rock city”  Sorry guys, I’ve never really liked Kiss. Left Of The Dial, who actually are from Detroit, Michigan, gave me a much more positive image about this city. At least if this is the kind of music that gets put out over there. Anyway, back to the band: their first full-length “Idly By” was released on Panic Records in November of last year. Although I have to mention that this album does not completely consist of new material. The tracks on the B-side of this record were already released on the EP ‘Clockwork’, which came out in March of last year. Does that make a difference? Not at all.

The album kicks off great with the title track and before you know it you listened to all eight tracks on this record. You wouldn’t notice that the B-side was already released half a year earlier, because production-wise the entire album is of good quality and the all the songs are coherent. No ugly ducklings on this one. So, what kind of music do they make you may wonder? Well, Left Of The Dial’s style can be described as melodic punk rock with raw vocals on top of that. More specific: if you would put The Flatliners, Smoke Or Fire and Jawbreaker in a blender you’d get a melodic punk rock mixture called Left Of The Dial. And I would drink that shit up because what these guys show on “Idly By” is very neat. Accelerating songs with catchy guitar work that makes you hunger for more. About every song has a part in it where the band slows down and brings in the melodic guitar parts and vocal work. If you’re a diehard fan of fast paced music you might find this a bit distracting, but even then I would advise you to give “Idly By” a listen. Personally, I’m quite interested in what the future will hold for Left Of The Dial. This album certainly is a big step in the right direction.

Band: Left Of The Dial