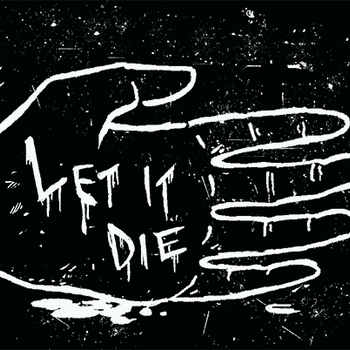 In times of Soundcloud and Bandcamp it’s always a pleasure to find a self-made copied booklet with a CD-R in the mailer for a review. Let it Die from the UK knows how to get the attention. Seven songs in less than a quarter are what we get. They are inspired by nowadays bands like Trap Them, All Pig Must Die and the Secret and that’s not a shame.

This is their first output so don’t expect originality. Instead there is brutality, aggression and violence. When you listen better you have to admit the riffs in the end of ‘Knowledge As Ink’ and ‘The Torch’ are hard as fuck and so does the groove. They are similar to those used in All Pigs Must Die but they are strong I don’t care. The vocal are pissed off and razor-sharp, exactly what is needed for this music.

As a demo this release passes the exam with flair. For a possible next release I’ll expect an own edge for this stirred up music and a proper, hard as fuck, production. Until then just demolish your living room on the tunes of Let it Die’s demo. For contact or ordering the demo just drop a message at ihateletitdie@gmail.com.