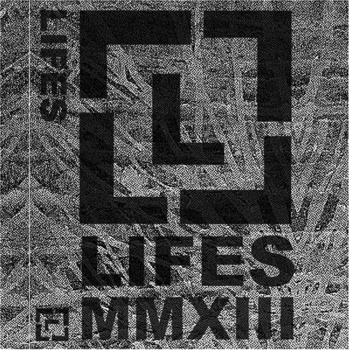 Lifes from Milwaukee is doing its powerviolence thing combined with oldschool rough hardcore. Their first demo is recorded in a cramped room above the BBC on the east side of Milwaukee. Mixing was done by Dave in his living room next to his two snoring dogs.

The production is rough, the band is too pissed and loud so I can’t believe the dogs stayed asleep. Dave had to give them some sleep medicine. Lifes music can be described as a total fuck you towards modern society and politics. These dudes vent their frustration in eight songs including covers of Swing Kids and Deathreat. Their rage in ‘New Flag’ and ‘Tables Turned’ is over before you noticed.

It’s not only ultrafast stuff what they make. The own song ‘Fucking Thief’ even lasts for two minutes (almost). This song is the perfect warming up with the crust and His Hero is Gone vibe before the d-beat crust cover of Deathreat (who was active in the same time frame as His Hero is Gone of course) kicks in.

‘Expectations’ is starting with a sludge part, a drum roll and BAM full throttle again. The cover ‘Disease’ from Swing Kids explains their love for dissonant screamo and their own material has a slight influence of this as well, which is good thing. I am totally into the diversity of this demo and Lifes can evolve into many directions.

Don’t expect tight played fancy hardcore, Lifes is just going wild on their instruments, pays respect to their influences and loathes their anger about the same topics that are still valid in 2013.