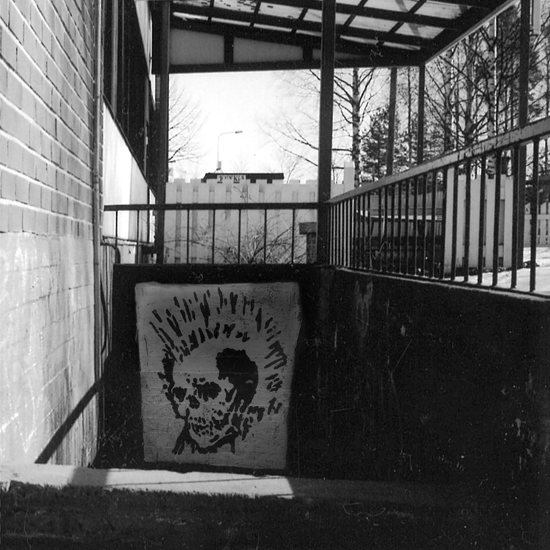 Finland’s Lighthouse Project decided to change things around for their new 7″ called ‘Enne’ (‘Omen’ in English). Instead of going into a studio and record material there, they decided to record these 4 new songs live in their practice room without any fancy equipment. The vocals were added afterwards however, but the overall result is quite raw and unpolished. This 7″ also marks a change in direction, as their material here is far harsher, more discordant and darker-sounding than ever before.

According to the band this 7″ is a reaction of the band to their latest album, ‘We Are The Wildflowers‘ which had more of a hard-rock feel to it at times. And this 7″ does sound nothing like that album, at times this 7″ sounds like it could’ve been made by Botch or Converge. Some of the guitar lines definitely have that wandering, angular quality that Botch used to have. And the first guitar riff of ‘Samaa Ruohoa’ (‘Same Grass’) could have been written by Kurt Ballou (Converge). Lighthouse Project definitely didn’t play it safe with this 7″, but I for one am thoroughly impressed with this 7″.

The lyrics are all in Finnish, and are quite poetic and personal (I asked a Finnish friend to translate them for me), there’s a lot of angst and frustration in them. ‘Once you get home then you realize that there is no such place‘ (from ‘Samaa Ruohaa’). Good stuff, but it would have been nice if English translations had been provided with the 7″.

Lighthouse Project has been one of the best bands to come out of Finland in the past years, and this rawer new direction is no reason for me to change my opinion on them. They self-released this 7″ in a limited run and it is available here. I recommend it.