Make Do And Mend + Apologies I Have None + Daylight @ Aloys, Eindhoven 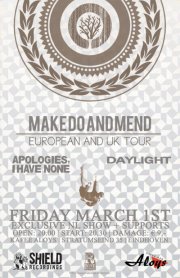 Not even a week after the great final groove for State Of Mind, the Aloys has another great line-up for all you punkrockers. Make Do And Mend are touring Europe again and they choose Eindhoven for the kick off. And they’ve brought Daylight & Apologies I Have None with them. Pim and Rold both went to the show and they don’t exactly seem to agree on all the bands. 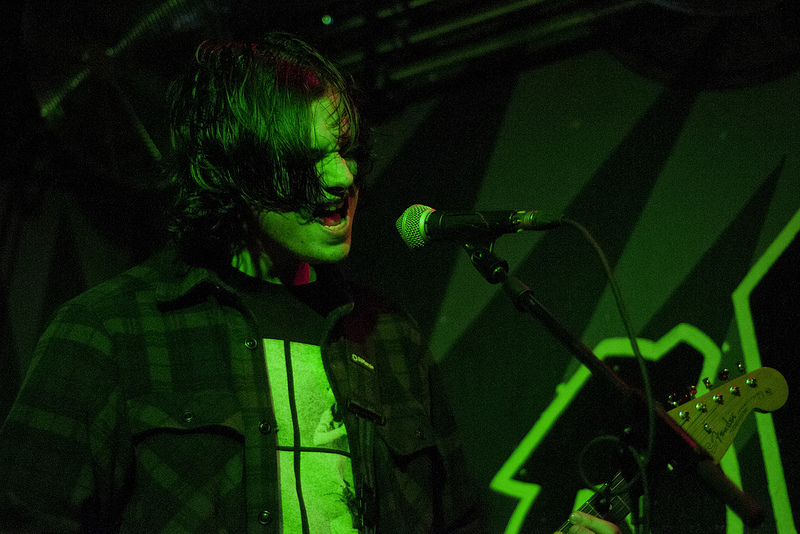 Rold There are two things I can say about Daylight. 1. One of their guitar player had a really great Beware shirt. 2.Their merch are all copies of 90’s grunge bands. Nico was able to tell me Soundgarden and Pearl Jam were among the designs. You don’t have to be a professor to calculate that grunge + hardcore = Title Fight’s Floral Green. ‘Head In The Ceiling Fan’ that’s the first thing that came to my mind when Daylight started playing. And though I do love Floral Green Daylight couldn’t keep my attention for more than three songs. At one point in their set I even thought they were going to cover Nirvana’s ‘ Polly’. Where Title Fight brings a hardcore edge to their reinvention of grunge, Daylight is sticking more to nineties boundaries making it far less exciting for me.

Pim Rold… Just stick to Betrayed and co okay haha. I’ll handle the Nirvana references. Daylight sounds nothing like ‘Polly’. Not even close. Did you hear an acoustic guitar, saw some long hair and just blurted out the first Nirvana song you could think of haha? I do understand the Nirvana mention, although I would say Silverchair is closer to their sound. And I totally agree on the “Head In The Ceiling Fan” feel. That’s the thing that hit me right away, and that’s what got me interested too. I love that song, so it’s good to hear a band do more in that style. Their sound (or should I say the mix) was a bit muffled in comparison with the other bands, but I loved the hell out of their set. I did read their name before, but I don’t think I checked them out properly yet. Or maybe it didn’t stick. It did at this show though. Maybe the coolest band of the evening. Any European distro’s that carry their releases? Need to pick them up since I didn’t have the time to pick up anything yesterday. 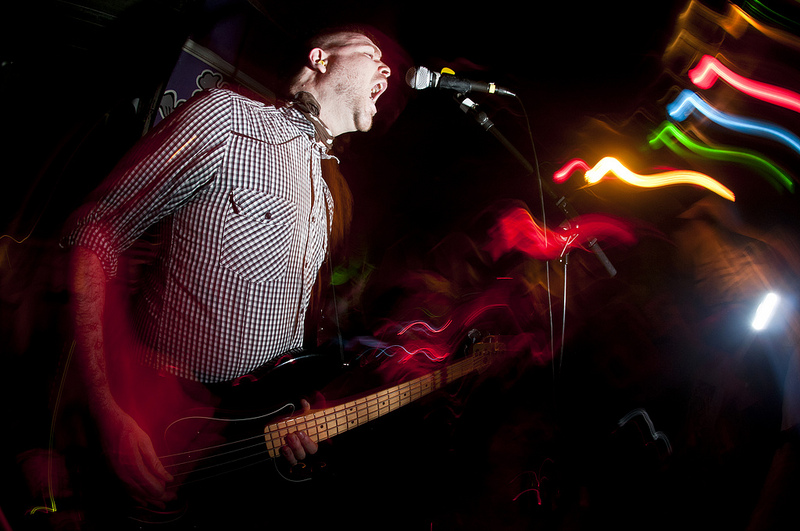 Rold Apologies I Have None played the Aloys less than 3 months ago. They made quite some friends back then who all came to see them again and sing along. Understandable since the band does have found a nice sound between the protest songs of Anti-Flag and the folk of earlier Against Me!. Their London record is one of the best British punk records of last year and the band brought it to the stage in full swagger. We haven’t seen the last of them that’s for sure.

Pim When they started playing, I was thinking “the sound is so much better than during Daylight’s set”. But the overkill of “Ohoohooooh”‘s and the lack of exciting songwriting kinda killed it for me. It all sounded too predictable to me. I think you described a band once as the “the sweetest child in the classroom”.  That’s Apologies I Have None to me. They’re not doing anything wrong, they’ll probably get high grades, but it’s just a bit boring… I can totally see why people dig this band though. Just not for me. 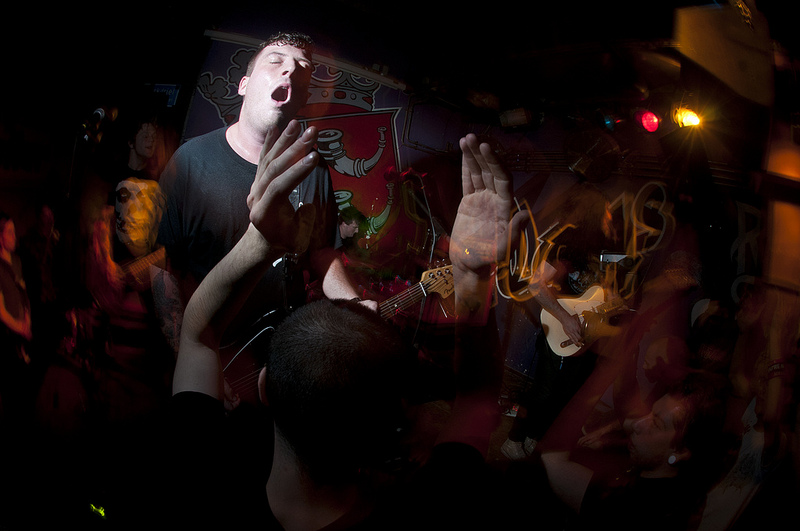 Rold ‘A couple of years ago we were touring with Hot Water Music. We had the day of and were staying with our friends Gert and Fieke of Shield Recordings. I asked Gert if we couldn’t play a show somewhere since we had nothing to do. He said I’ll make some calls and 12 hours later we were on this very stage. To me that’s one of my favorite moments with this band.’ James Carrol, Make Do And Mend‘s frontman, couldn’t ask for a better place to kick off their European tour. An almost sold out Aloys swinging and bopping to their songs. Fortunately the band played favorites like ‘Transparant Seas’, ‘ Oak Square’ and ‘ Unknowingly Strong’. And it’s understandable that a big part of the set contained songs of Everything You Ever Loved including ‘St. Anne’ (which I love) and for the first time on stage ever ‘Desert Lily’. I still think the songs on End Measured Mile are better and it was quite disappointing they didn’t play ‘Ghostal’. But compared with the recent shows I saw them play with Title Fight in Antwerp and before that on Groezrock, Make Do And Mend is on their way back to become that hard-working, sweat dripping band I always loved them for.

Pim My favorite album of 2011 is probably End Measured Mile. For whatever reason I hadn’t seen Make Do And Mend live until last year in Amsterdam (which I loved) so I haven’t seen them on their early shows (which always seem to be a million times better according to everyone – for any band). I liked this show at Aloys, a bit more intimate as the show at the Sugar Factory, better sound too. I too would have loved to hear more of End Measured Mile, but I totally understand a band wanting to play new material. And ‘St. Anne’ is a great song indeed. Curious to see where they go from here and how their next album is going to sound.

All in all a great show. Been to Aloys two weeks in a row now and it’s a cool place for shows, with a great atmosphere. Both times I was with great company. What else do you need? Hmmm, maybe some hangers for your coats / jackets would be nice 😉

All pics by Niels Davidse, go here to see the rest of his gallery.

Bands: Make Do And Mend, Apologies I Have None, Daylight