Make Do And Mend – Part and Parcel 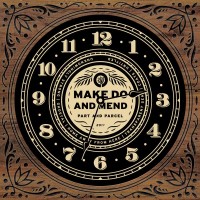 I don’t have to tell you some folks at SWNK love Make Do And Mend’s End Measured Mile a whole lot. So expectations were high for any new MDAM release. Maybe too high.

Part and Parcel is a six song accoustic ep featuring some of the best tracks of End Measured Mile as well as a cover of Touche Amore’s Home Away From Here. In itself none of the songs aren’t really all that bad but compared with the versions we all know (and came to love) they just lack a whole lot of intensity.

When you compare Part and Parcel with the accoustic tracks on Defeater’s Empty Days And Sleepless Nights the difference in quality is way too big. Where the Defeater tracks actually add something to the band, the accoustic songs by MDAM come off ass lesser efforts.

Make Do And Mend stripped down their songs to the bare essentials and in the end that just doesn’t seems to be good enough. The only exception here is Coats, the song that was also on the Mixed Signals compilation. Coats features more instruments and percussion, making it a lively accoustic track. Closing song Untitled isn’t bad either, but I think the song would get more recognisition in a non-accoustic version.

Ofcourse Part and Parcel is a must have for real Make Do And Mend fans, and the artwork alone is reason enough to give this ep a place on your shelf. The question however remains if you will listen to it a lot or decide to go for End Measured Mile again. For me it would be that second choice.