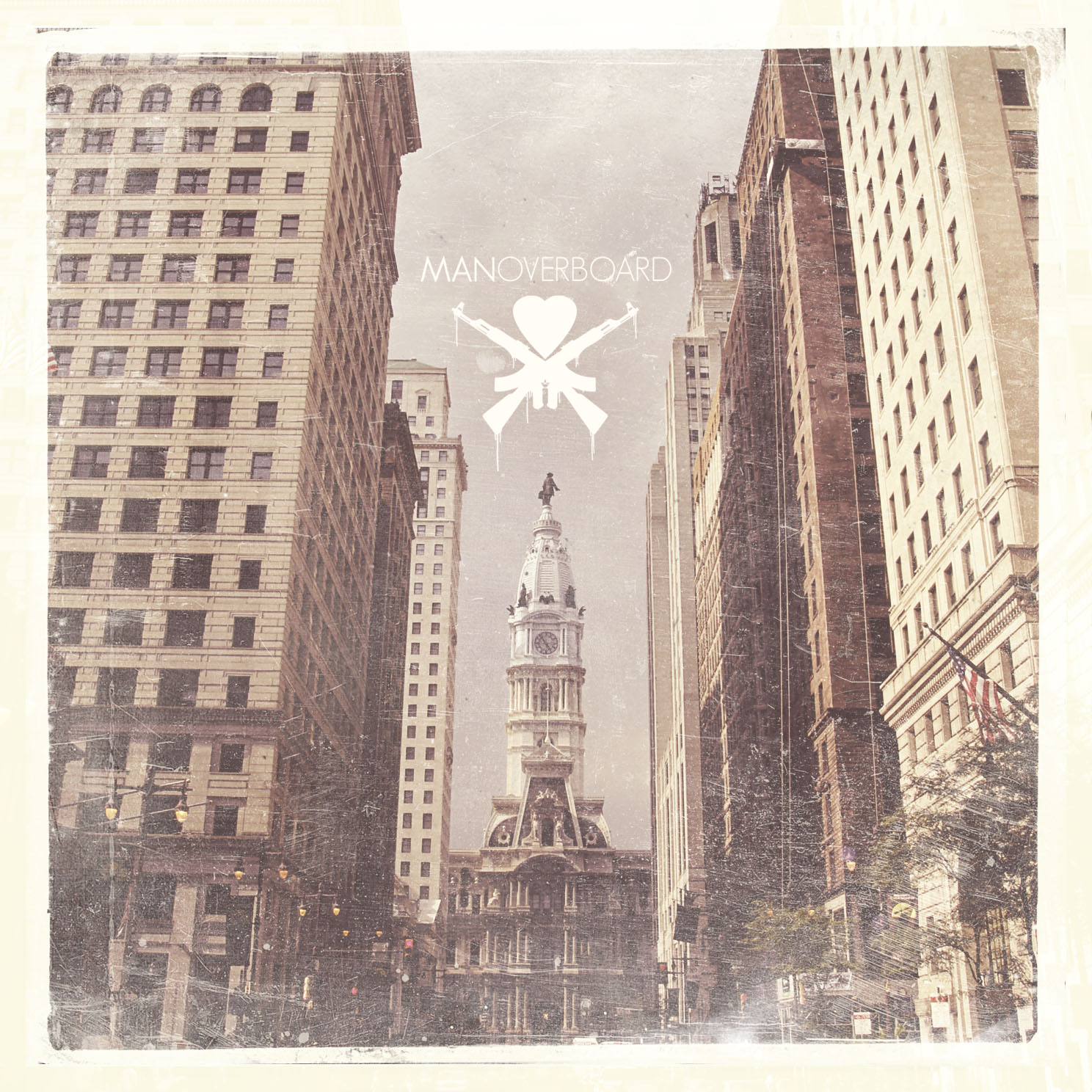 I have been following New Jersey’s Man Overboard for a while now. Being from NJ, I had seen the band play one of their earlier shows in my friend’s garage. Which almost seems odd at this point considering only a few years later, the band has reached the level where they tour regularly with veterans like New Found Glory. Man Overboard has been able to grow their fan base pretty steadily over the past few years and seem to release new music almost every few months. The bands latest such release is a self-titled full length. I recently had a chance to listen to the new record. This record is the band’s first full-length release on their new label, Rise Records.

This record is definitely in line with the past few Man Overboard releases. If you are a fan of the bands fast and melodic pop punk sound, this record proves to be more of the same and is definitely a record for you to check out. All of the music on the record sounds tight and big, as you would expect from a release on a “bigger” indie label. The production throughout the record is clean and helps give the band a pretty polished sound. Unfortunately there weren’t too many musical elements that really stuck out. Most of the guitar riffs were reminiscent of previous Man Overboard songs or felt way too familiar to Saves The Day or New Found Glory songs. This may also be related to the fact that NFG’s guitarist Steve Klein co-produced this record.

Lyrically speaking, I found that this self-titled record follows almost exactly in the footsteps of previous offerings. The record is full of hooks about girls, relationships, and breaking up. I found myself hoping for the band to branch out to more substantial lyrical topics after about the third or fourth song (I have a feeling there are people that would debate this for a majority of pop punk records, but I’ll leave that out of this review). On the last song of the record, the band does pick up on another topic. Atlas is based on another staple topic of pop punk, and deals with some of the challenges of growing up. Which as typical as it is, is a nice break from the rest of the content of the record. The song also has some angsty vocals, which at times almost borders on a yell. It was a welcome change to see the band break from their formula for this song. I just wish they would have put a little more diversity in the rest of the record, both vocally and lyrically, and I’m sure I would have enjoyed it a bit more. For big fans of the band however, I doubt they will take much issue with it as this record is very much more of what got a lot of people into Man Overboard’s music in the first place.

Rise Records released Man Overboard’s self-titled record on last month on vinyl, CD, and digitally. The vinyl version is available in three colors, coke bottle green, camouflage, and orange splatter. The digital downloads are available through iTunes, Amazon, and several other digital media outlets. For those of you that want to sample some of the record before picking it up, Rise is streaming a few of the tracks on their You Tube Channel. Just do a search on You Tube for Man Overboard.