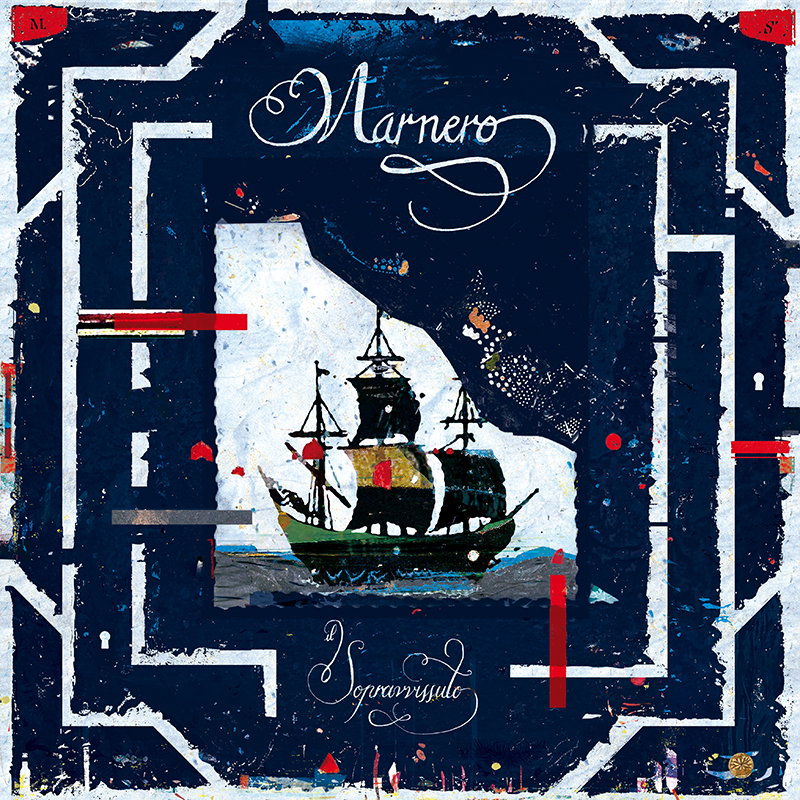 I imagine it’s not easy writing poetry or lyrics. Writing poetry in English if that isn’t your mother-tongue is a handicap lot’s of people can do without. Bad poetry usually doesn’t get any better if you limit your vocabulary. I therefor fully support bands that decide to write lyrics in their mother-tongue. Especially as a singer with a thick accent can be a real letdown. Marnero must have thought the same thing. All lyrics are in Italian.

“Il Sopravvissuto”, which translates as survivor, is not only a concept album, it is part two in the trilogy “Trilogia Del Fallimento” (trilogy of failure) and follow-up of three year old debut album “Naufragio Universale” (Universal shipwreck). As you might have guessed from these titles the story deals with a survivor of a shipwreck and of the troubles he meets on his way home. At the same time all the nautical themes, or perhaps even the whole story, is a metaphor and we are learning about a person and his struggle to be free (well… that’s my interpretation after reading what Google Translate makes of the lyrics and the story line that comes with it). Free of the bounds of society, worth even social exclusion. A freedom that is obtained at the end of the album (again, my interpretation of the roughly translated lyrics). This freedom is not obtained easily which translates into pretty intense music!

Marnero tells us this story in four parts. Every part is symbolized by a different moon phase. Every phase contains two songs, one song and one instrumental interlude. All songs move fluently into another, so this album is really worth listening to in one spin. Therefor dissecting the different tracks would not do the album justice as it is really one story. Music wise what you can expect is screamo with some post-hardcore and some metal influences. The interludes contain symphonic elements as well making this album pretty bombastic at times. “Il Sopravvissuto” reminded me of Circle Takes The Square‘s masterpiece “As The Roots Undo” at times. They use a lot of the same influences; an example being the talk-like singing used throughout the album. Unfortunately Marnero does not reach the same level as Circle Takes The Square.

The big downside to this album, for me at least, is that the lyrics seem to be a very important part for the band. That should not pose a problem if the band would have included a translation of the storyline and the lyrics. I can now only guess at the beauty of the story. So please, next time include a translation! Also I feel that the music should reflect the mood in the lyrics. The frustration and overcoming trouble on the way are translated into music very well, but in the last song I would expect a different mood musically to reflect the freedom that is (to be) found.

This album comes as a gatefold. From what I have seen of the artwork this must be quiet the piece of art! Next to that it’s downloadable for free from the bands bandcamp page.