Meet The Storm – To What End… 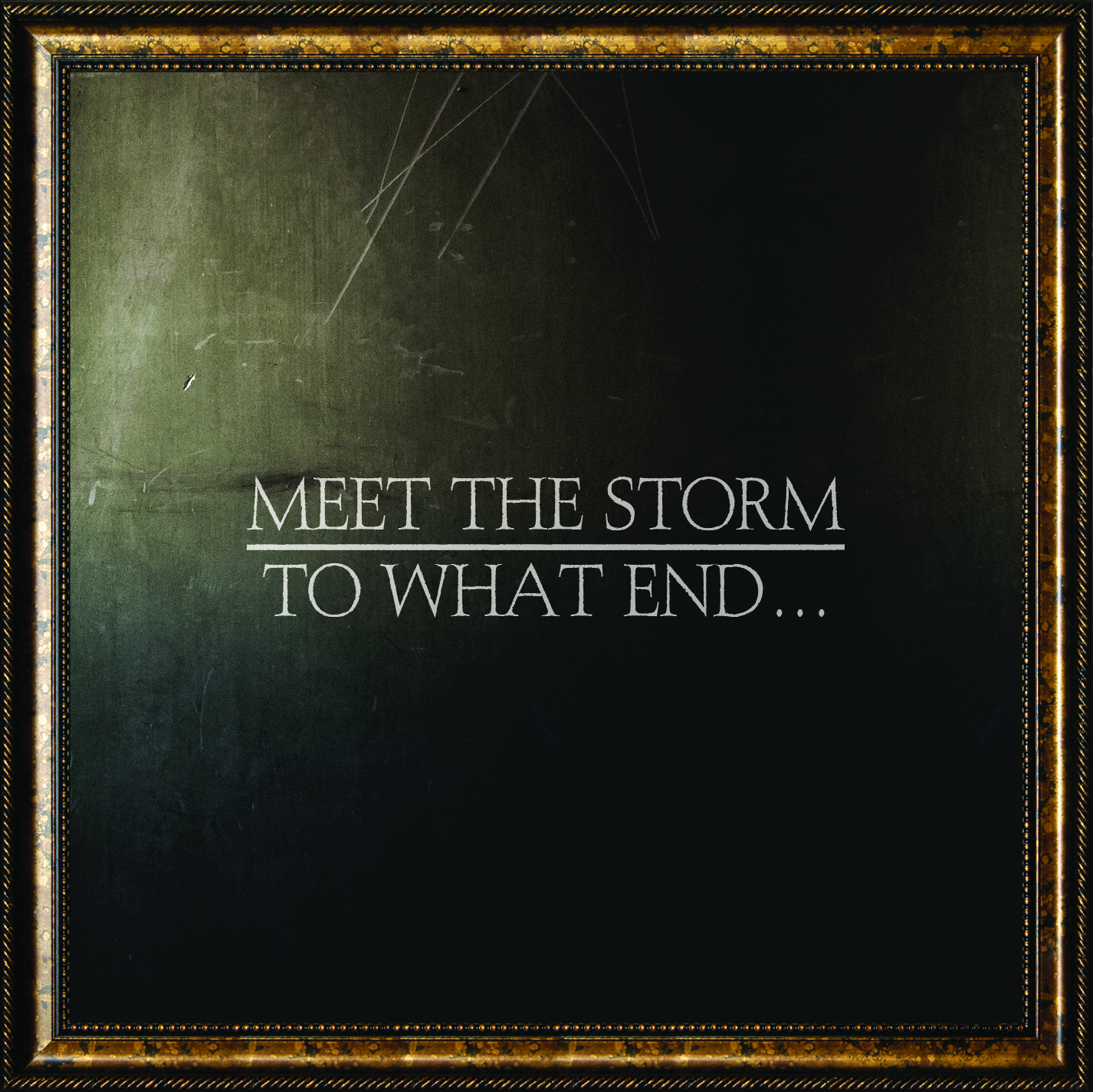 Whatever you might think about Dutch hardcore Southern rockers Meet The Storm, they sure have some friends in high places. Prior to the release of To What End…, the band’s debut full length, they posted a new song on their website every week, accompanied by a short blurb of praise by fellow musicians, among whom Liam Cormier (Cancer Bats) and Boysetsfire’s Joshua Latshaw. Besides famous ‘scene people’ tooting their horn, there are also some pretty raving reviews floating around the Internet already. I’m afraid I’m going to have to rain on that parade a little bit, because unfortunately, I’m not nearly as impressed.

To What End…  surely is bookended by its strongest tracks. Opening duo Saviours and Lesson ’39 set expectations high for the rest of the record. MTS’ signature mix of Cancer Bats’ Southern groove (all be it more smoothed out and minus the filthy feel) and melodic hardcore and punk elements is showcased to perfection here and the epic middle part of Lesson ’39 is one of the high points of this album. It’s also pretty obvious these guys have listened to a He Is Legend or Maylene and The Sons Of Disaster record once or twice and those references are always welcome with me. Closer Raindog Blues also brings together these elements perfectly. It’s in between these tracks where Meet The Storm loses me.

Firstly, there’s the production. John Mitchell (Architects, Your Demise, The Blackout) clearly was not the best guy for the job. Sure, he avoids the major pitfalls of most modern hardcore productions, going for a more organic sound and avoiding those awful digital ploinky drums and over-condensed guitars. Still, the sound lacks warmth and depth. The heavy parts just do not sound heavy enough and the overall production is too neat. Music like this needs to be raunchy, dirty and muddy. It needs to make you picture the bandmembers playing their asses off, wading through 3 feet of whiskey, manure and half naked woman. This sounds like the band is playing in a brand new, squeaky clean, government subsidized cultural center, which seriously takes away from the impact of these songs.

Then there is the songwriting itself. These guys are very good musicians who know how to (mis)treat their instruments, but for some reason, they have the urge to repeat certain parts of their songs and especially their lyrics over and over and over and over again. While most barely clock in above 3 minutes, this makes songs like AA Pre-School and the awefully exhaustive Dead Eyes Don’t Speak seem like they go on forever.

I’ve seen Meet The Storm do some pretty cool and intense shows over the last few years, so I was excited to check out this album. I must say I’m disappointed that this is what they come up with. I just do not hear “the raging ball of energy spit right in your face” their record label speaks of. This album lacks the punch and power this band has live and to be honest, sounds too thought out and polished. I get the feeling the band was so pre-occupied with writing a successful set of songs, they somehow held back and kept everything too nice. Maybe I should have been warned by the fact that two of the people promoting the album on www.mtsofficial.com are a marketing manager at a shoe company and a Radio 3FM DJ…

All in all, we do not meet a storm on To What End…. We meet an above average breeze and a bit of drizzle.
Here’s hoping they’ll drum up a whirlwind next time.