Metalleg – Hit Of The Week 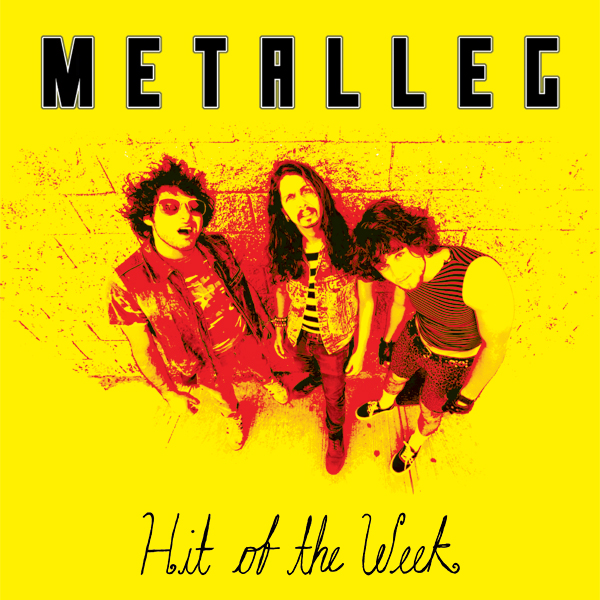 Gutter pop, the new addition to an already endless stream of genre names. If I were mere cynical I’d predict that in the near future band names will become irrelevant and you’ll know which band your listening by the genre name. Well, since we’re not there yet, let me try to decipher for you what  you can expect from a gutter pop band. Assuming Metalleg is your run of the mill gutter pop-band of course…

My first thought upon hearing “Hit Of The Week” is: Ramones! And although Metalleg is definitely not a Ramones clone the influences are there. But there’s also the garage rock influences in this music. But that would not be that dirty garage rock kind, but the one that listens a bit too much to cleaner rock stuff like Cheap Trick.

The end result? An album that is short and sweet and very much to the point. I’m tempted to say it’s a little forgettable but I can’t help my foot from tapping to the beat and I find myself humming along every now and then. They are doing something right then, don’t you think?