Midnight Souls – Going Through The Motions 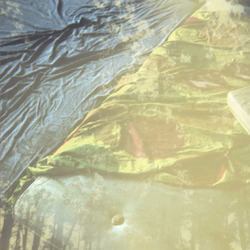 Last year Defeater raised the bar for melodic hardcore with Empty Days & Sleepless Nights. Exceptional drumming, songs with a twist and driving guitar lines which seemed to be hard to match for other bands in this specific genre. That is until Midnight Souls came along.

After the Colder 7″  I expected the band to become slower and darker. Fortunately the opposite is true which is shown by ‘Tainted’, the first songs on Going Through The Motions. Clocking in under 2 minutes there’s more energy on this song than there was on all of the songs on the Colder 7″ combined. Where most bands nowadays go for a 27 minute sound wall adding layer upon layer of noise, Midnight Souls gives  the listener some breathing space only to come back harder on the next song thus creating a more enjoyable and effective record.

Going Through The Motions is a band effort and I really have the feeling every member has stepped up to the plate. Donny’s lyrics to ‘Heavensent’ for instance with it’s hallowing There is no hope for you, there never was for me. Or Stef’s drum parts on ‘Malaise’.

Going Through The Motions has the same atmosphere as We’re Down Till We Are Underground. It’s on the same level as Empty Days & Sleepless Nights and should in time gain the same recognition as Modern Life Is War’s Witness as a record that inspired many bands but is hard to surpass. I don’t see many bands match this level of melodic hardcore anytime soon.