The final Midnight Souls show, saying goodbye to one of Europe’s best bands in the hardcore subgenre once created by American Nightmare. Sad too see them go, but they went away with a show that combined everything that makes Midnight Souls what they were.

JH Kroenkel is a youth centre placed right next to a police department and the fire brigade. No reason to feel insecure when attending a show there I guess. It’s also a place with a very low stage and has the right kind of look for hardcore shows. Not the we’re all so professional running a decent place kind of look but the run down but it’s effective kind of thing including an old brown bar, lots of concrete and grafitti. 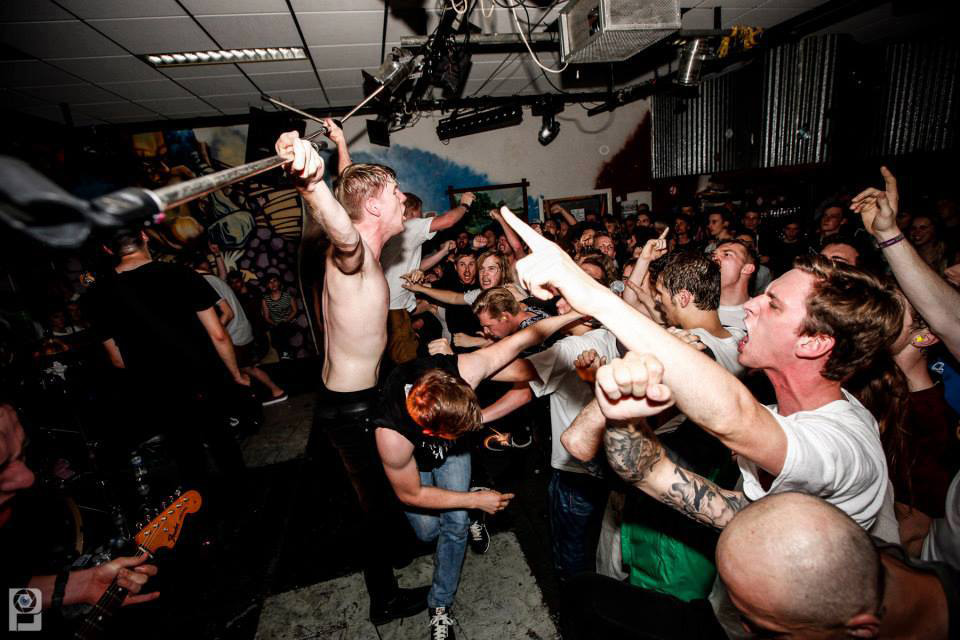 Opening up the show were My Love Your Lust, a couple of Belgian youngsters who look and move like they’re in No Turning Back or any other hardcore band but make way too long melodic hardcore songs and have a pretty annoying singer. Maybe this just wasn’t the right show for them and the fact that they had to do with a fill in on bass probably didn’t help either but anyways I wasn’t feeling it.

Atlas is another upcoming band from Belgium. They’re going to release a record on Viva Love Records which is the newly found label of Midnight Souls bass player Bert. Atlas knows how to make a first impression. They whole place filled up with a dense cloud of smoke from the smokemachine and an intro with some tribal music set people in the right mood for a set that’s part Touche Amore and part 90’s screamo. Here’s a band that really gives everything on stage and I for one have some high expectations of things to come for them. 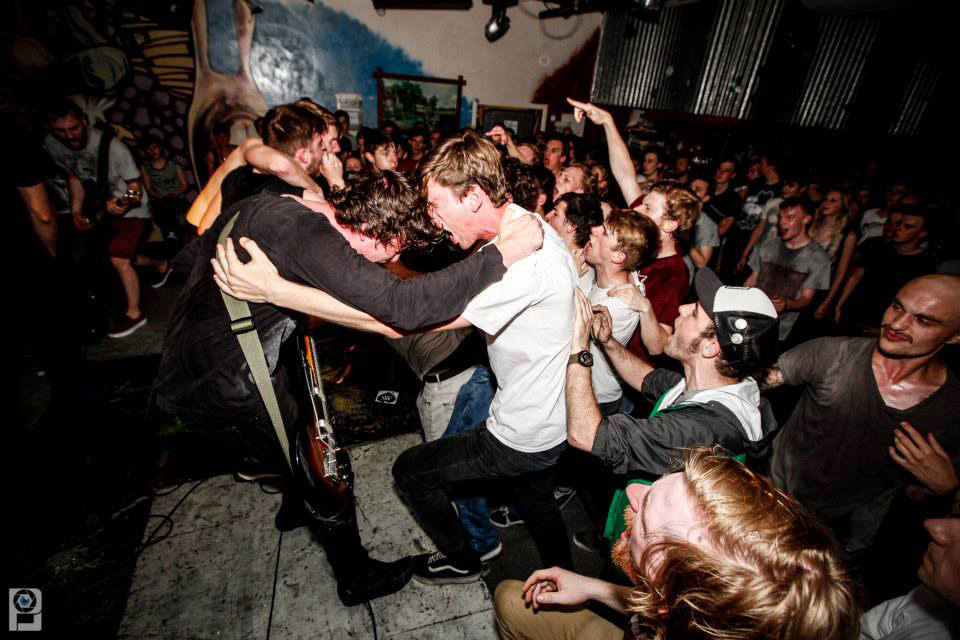 Germany’s Together have over the years been great friends with Midnight Souls. I loved their live shows but previous records always sounded too much like Defeater. This night the band played lots and lots of new songs which will appear on an upcoming record and I was very surprised by the different direction this band has taken. The Defeater sound is gone and they’re going for a very own blend of southern rock, melodic punk and hardcore.

The Priceduifkes are Belgium’s best pop punk band and share a family connection with Midnight Souls. After three bands playing ‘serious’ and ‘angry’ music it was a relief to just have fun and pogo with The Priceduifkes, who ended their set with an awesome Ramones medley.

Then things went dark and people went silent. On stage a short road movie screened made in the past months of Midnight Souls on the road. Bam! The band entered the stage for the final time. People started diving and screaming along. Sweat was everywhere as the crowd surged forward to say goodbye. Midnight Souls up staged themselves and played not their best show musically but the most passionate one and in the end that’s far more important I think.

Bands: Midnight Souls, Together, The Priceduifkes, Atlas, My Love Your Lust