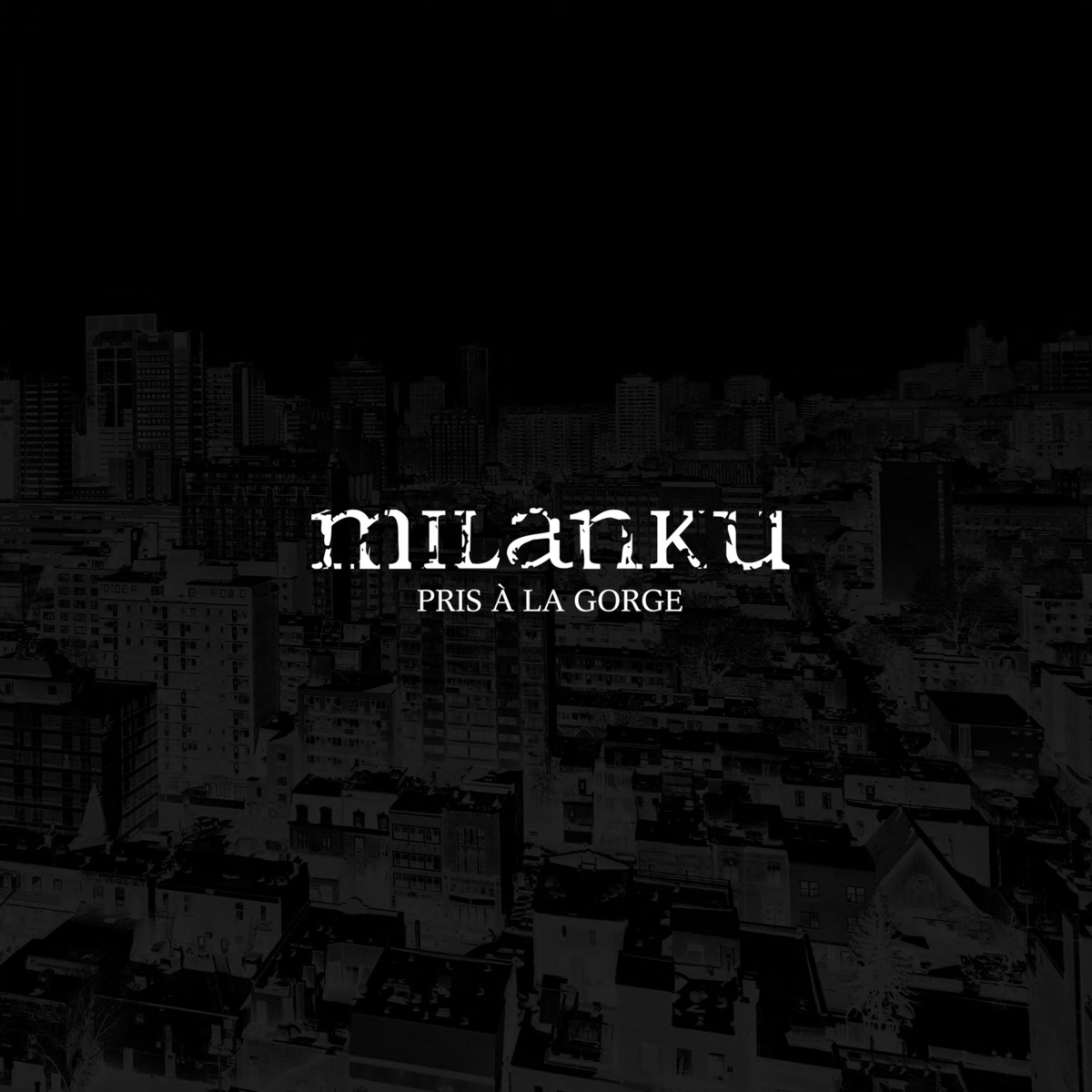 From the French part of Canada Milanku released their debut ‘Convalescence’ five years ago. Moment of Collapse stepped in to release their new album ‘Pris à la Gorge’ on double vinyl. Milanku is the type of band that combines instrumental postrock in the vein of Explosions in the Sky with screamo outbursts the Japanese band Envy is known for.

Just as Godspeed You Black Emperor and Envy does, the Canadians are bringing in spoken word samples. Milanku uses the French language in the vocals as well. I cannot understand the words, but it makes the music a lot darker than most of the bands in the genre. Eight songs of well-balanced postrock mixed with post metal/screamo outbursts is what we get. You truly can hear the band has taken the time to shape their songs. The style isn’t new; the songs are very well balanced with the right details at the right moment.

In a quiet piece of “Antalgie” a man is speaking his French lyrics while in the next song “La Nausee” a sample does the trick. You might think the climax is coming up through the melody line and the melancholy in the song. Slowly it’s coming and the tension is building up. A band with balls does the unexpected and no climax is ending the song. It stops surprisingly after the spoken word sample ends.

Also in the genre it’s about the perfect riff. After a break a gigantic breathtaking riff makes “L’inclination” the perfect beginning after the introduction in “La Chute”. In eight songs and 50 minutes all the corners of this niche are highlighted with the melancholy run all over “Hypomanie” as one of the highlights. After this song the acoustic one “Antigone” is releasing the musical tension. What’s left is a rough diamond very worth to play again.