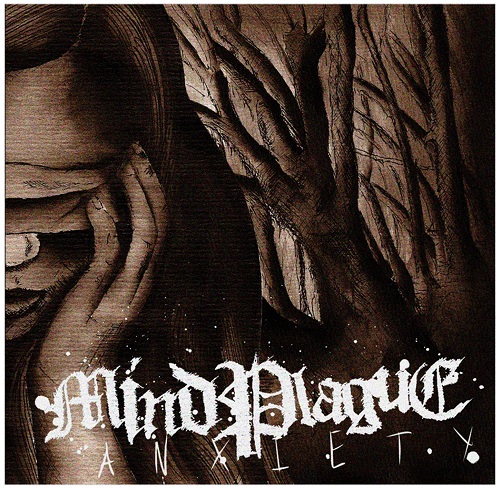 Coming straight from Deutschland, Mindplague has managed to siphon enough power to release a mammoth. With that said, lets begin with the first track on this record, namely: Worship The Virgin. A raging machine filled with crossover, hardcore and a big bit of metal. I was surprised when it was over since I was in need of more. Lost souls shreaking manically, interrupted by aggressive hardcore vocals. A concoction of insanity spilling over into somewhat of a mix in between Municipal Waste if they’d be a bit more hardcore and death-metal rather than thrash/crossover.

With the first track ending so soon, they’ve managed to mix in a slower section with the song Mortified. I’m very impressed by the vocals, but also the more technical touch of it. Always in a mid-section between turning back to the first mentioned and a little hint of Gorguts (the Quebec technical-DM wonder). It feels like they’re splitting into two personalities, having a difficulty choosing the technical vein, the hardcore, the metal and the more experimental approach. With this said, this is nothing to be ashamed of at all, it feels like this band is serious about what they’re doing. Trying to find an appropriate style, or just waltzing around – picking the best cherries from the tree.

Astonishingly enough, after the end of the second one – the third song (named after the album) Anxiety indulges itself in a more progressive playing field. With a more doomy-touch, slow hardcore and excellent doom-vocals mixed in-between hardcore shrieking and immense breakdowns. Since this song also ends too quickly, I’m easily calmed down by the medley of the fourth song named Interlude. A perfect build-up before total gloom and doom erupts, within the fifth song Non Followers. Church-bells ringing in, with a fitting guitar-solo. Surprisingly enough changing into somewhat of a crossover-mayhem fueled with the angry hardcore vocals I’m used to by now.

At least they chose wisely and decided to end this pretty dodgy (in a good way) record with the best track of them all: Too Late. Everything heard until now, mixing it all up and finishing it off brilliantly. The only minus I’d give this record would be that the songs are too short. But it’s enjoyable to say the least. This would be fitting for those of you that are into crossover, hardcore, metal, doom metal, death metal and technical death metal. Since they pluck from every branch, it’s hard to give them a categorization or “this sounds like”, but it would be fair enough to conclude it by saying this: Municipal Wastes evil cousin, Katatonias offspring and Gorguts somewhat technical little brother.

So, when the stakes are high – I’ll definently be awaiting future releases.

Check it out over here: