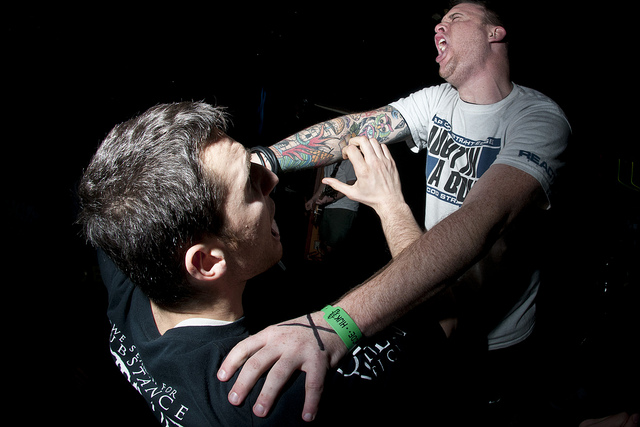 What better way to kick off 2013 then by seeing the band that delivered, in my opinion, the best record of 2012 on stage?

Anyone who regularly goes to shows in Belgium knows there are a lot of venues out there. Not the big commercial concert arena’s. They have some of those, but I’m talking about the youth centers  Usually they have the right atmosphere for a hardcore show and “De Jeugdclub” in Beverlo is no exception. It was my first time at this venue and I just love the vibe places like these have. It oozes “for the kids, by the kids”. 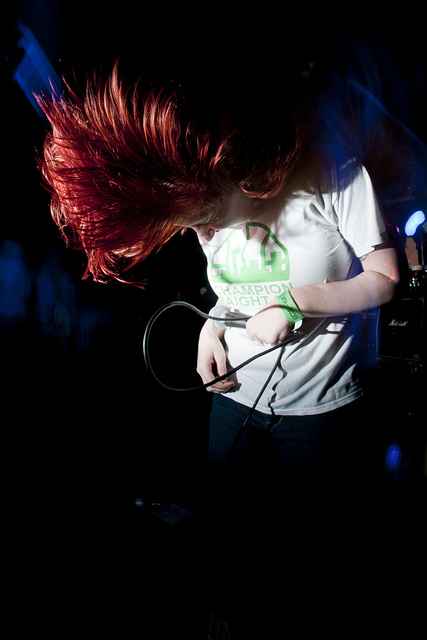 Belgium’s Trapped Inside opened up the night. A comparison with All For Nothing is not far off, since both bands have a female singer and play modern hardcore mixed with oldschool elements. Trapped Inside doesn’t have the amount of on stage experience that All For Nothing has and it showed. There were some errors here and there. But there was also a lot of enthusiasm and energy. And a Carry On cover. 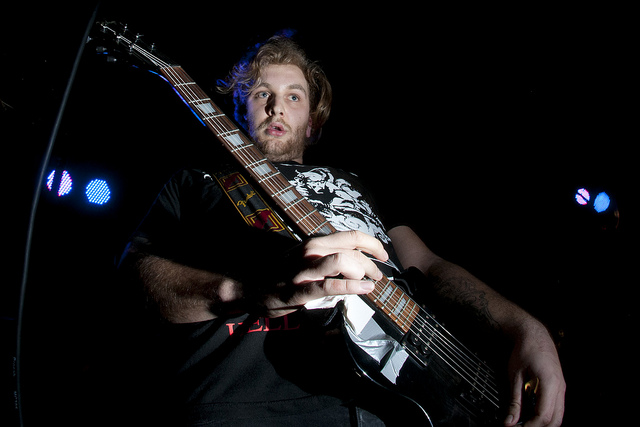 Grim was up next. They seem to be around for somewhat longer. However, this was also my first time seeing them. Their darkish New York hardcore got part of the crowd moving and the band played a tight set. 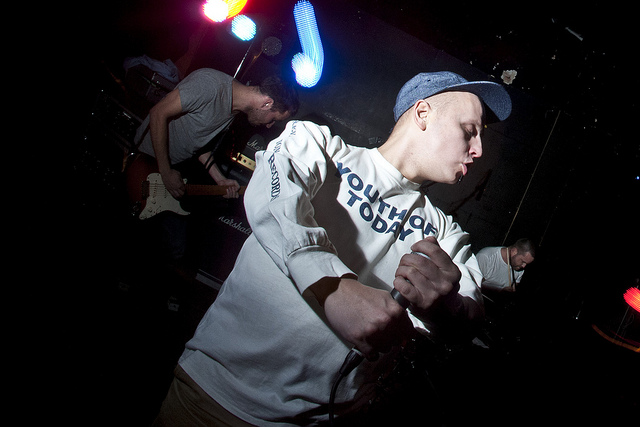 On paper one would say that people should go nuts on a band consisting of ex-members of Deadstop, Justice and True Colors. But I guess the newer crowd isn’t interested in a bands legacy. Maybe that’s why Not Afraid still has to work hard to win over the hearts of the audience. If anything Packo always brings 200 percent on stage and this time was no different. The band played quite a few new songs which seem to be a bit slower and heading into Judge territory. The Straight Ahead cover got the crowd moving at last.

LEAVE NO DOUBT. I’ve been looking forward to see Mindset on stage a lot. Both EP’s on React Records were impressive, but it was last year’s full length that won me over. However in the past I’ve seen quite some youth crew bands who couldn’t transfer the recorded energy to a performance. Not Mindset. The band has a killer drummer and that’s a real plus when playing this kind of music.In 20 minutes the band played mostly songs from the full length, frontman Evan said some positive things between songs and I stood up front and sang along. Clearly not everyone in the audience knew Mindset beforehand so only a small part of the audience went wild but I’m sure that will be changed if and when they come back to Europe. Closing the set by covering Glue and a massive sing a long Mindset made sure that this show was the right way to start 2013 for me.

All pics by Niels Davidse. Go here for the whole set.