Minutes – Narrations About The God Of Dogs 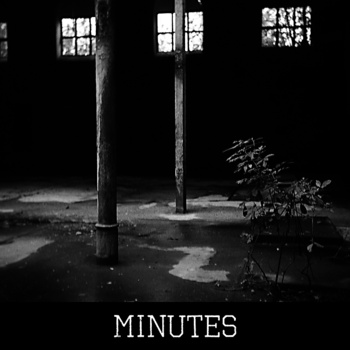 The band Minutes doesn’t seem to have a keen wish to share too much information on their facebook page, which is actually quite hard to find. They’re from Mönchengladbach  and Düsseldorf and they play a kind of hardcore that probably will never make them stand out much. They’ve got a record out called Narrations About The God Of Dogs, which looks quite promising.

The sound is pretty much oldschool, starting with a little bass loop, morphing into the explosion we are accustomed with when we hear traditional hardcore bands like Minor Threat. Add a bit of the whiny vocal style (this is mere taste) of Government Warning to that and you’ve got the jist of what’s going on with Minutes.

Opening track ‘Driving Bell’ definitely fits the description there. ‘I Am’ is a more blunt approach to the grooving hardcore sound, though never really landing it properly. The moments where you are supposed to punch the floor with a drop just never really do it for me as a listener. This makes the band sound messy and unnecesarily noisy. The same thing goes for the song ‘Gleaming Room’, where both vocalists really seem to be incompatible with the song Minutes are playing.

I can go on about the record in that way, but you might dig that unpolished sound with traces of punkrock naivety. To me songs like ‘Swallow Tailed Moth’ sound like that local band that they let open shows before anyone arrives at the venue (except their dads). However, the band does know a thing or two about constructing a song, they just really need to figure out how to make them sound right. ‘Chloride Lungs’ also shows that there is not really a clear direction where Minutes are heading. Maybe a few member changes and ideas further down the line and this band might really have something for us.