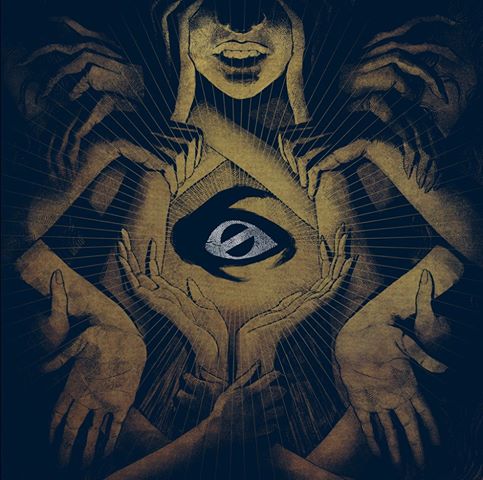 Misery signals are back! It’s been five years since their last album, Controller, which is almost a lifetime in our superfast modern world where every day a new trend is born. The fact that their IndyGoGo campaign sold out in no time proves that they were not forgotten. During their time off they focused on other projects like Solace, Burning Empires, The Company We Keep and Lowtalker. In my opinion two things can happen when musicians start side projects: They get their other musical ideas of their chests and continue with their main band where they left off or they start incorporating the influences used in their side-projects in their main band as well. I feared this last scenario would happen with Misery signals. I should not have worried, as Absent light starts where Controller ended.

Misery signals sounded a bit different on each album so far and they are continuing this trend. They took the technical chaos from their debut Of Malice And The Magnum Heart and systematic, controlled (pun intended) structures of Controller, added some synths. Don’t be scared, it’s mostly on the background, just like sound wizard Devin Townsend usually does. So even though Devin Townsend did not produce this record I’d say he has left his mark on the Misery signals sound. A sound that is very recognizable due to the strong melodies backed with fierce dynamics and Karl Schubachs harsh and intelligible, although a bit monotone, voice. Lyricwise the band stays on the same, varried topics ranging from religion and philosophy to personal issues. And like on Controller the lyrics can be a tad abstract.

Instead of emphasizing what’s still the same, I might tell you what changed. For starters they’ve found a new guitarist in Gregory Thomas (of Enabler fame). If I hadn’t read that, I would not have known. And that’s a compliment. The production on Controller was top notch and very hard to top. It does not come as a surprise that the production does not reach the same heights, although it’s still very strong. Finally the clean sung parts in the last two songs are… different. I’m not sure if I like ‘m. They are integrated well in the songs and really fit in (and thank goodness these aren’t the cheesy over the top clean (autotuned) clean vocals used by a lot of modern metalcore bands). It’s just that I prefer my metalcore without clean vocals.

In conclusion: after an absence of five years, they’ve done it. Again! I haven’t heard this album enough times to conclude if it is their best to date, but at the very least it comes very close. Welcome back, lads!