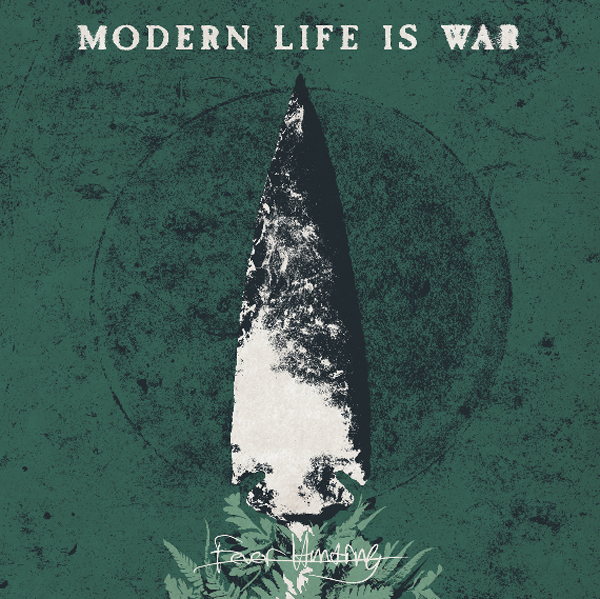 The boys from Marshalltown aren’t about taking things the easy way. After announcing their reunion for This Is Hardcore they could easily have spent the coming years doing reunion tours all over the globe. Fans would be more than excited just to be able to get up front and singalong to classics like ‘DEADRAMONES’ and ‘First And Ellen’. But as Jeffrey Eaton bellows out on the closing track of Fever Hunting: ‘I believe I am here to create’.

After hearing a stream of Fever Hunting on Pitchfork I was overwhelmed. This record was everthing a MLIW fan could ever hope for. Yet my initial enthusiasm somewhat faded away after getting the songs on mp3 and I started to listen to bits here and there. It all seemed kind of simple and not that urgent as the material on Witness. If anything Fever Hunting seemed a logical step after Midnight In America a record I love but most people seem to dislike.

Time to take a step back and focus on what’s going on here. One of the most prolific hardcore bands of the last decade comes back with a new record. A record they shaped and built over months even before announcing they would reunite. A record that doesn’t set the tone for today’s hardcore scene like MLIW once did, but actually in it’s own right is pretty much everything I could have asked for.

Opening up with ‘Old Fears, New Frontiers’ is MLIW’s way of getting your attention, it’s dramatic and kind of a prologue for the next chapter of this band’s life. ‘Healt, Wealth & Peace’ showcases some distinct Strike Anywhere riffs, a very good hint for anyone that MLIW will never be akin back to the sound of Witness yet will progress further and further to create that mix of modern and old hardcore with a street punk vibe.

Fever Hunting really starts to pick off with ‘Chasing My Tail’  and ‘Media Cunt’ and the power behind the songs, the energy pouring out of it doesn’t fade away till the last song ‘Find A Way’ is over. In between you get soon to be live favorites like the titletrack and ‘Brothers In Arms Forever’ which undoubtly creates the mass scream alongs previously reserved for ‘DEADRAMONES’ and ‘Cracked Sidewalk Surfer’ which must become the anthem for any skateboarder in his early thirties trashing the sidewalk.

Textually MLIW do look back on past experiences, covering a gap of six years between Midnight In America and Fever Hunting. It’s a record about coming to terms with adulthood as well as looking towards the future. Musically the band doesn’t set the tone like they might once did, yet Fever Hunting easily shatters 99percent of what’s being released today in honesty, energy and creativity.

And live they still blow away everyone.