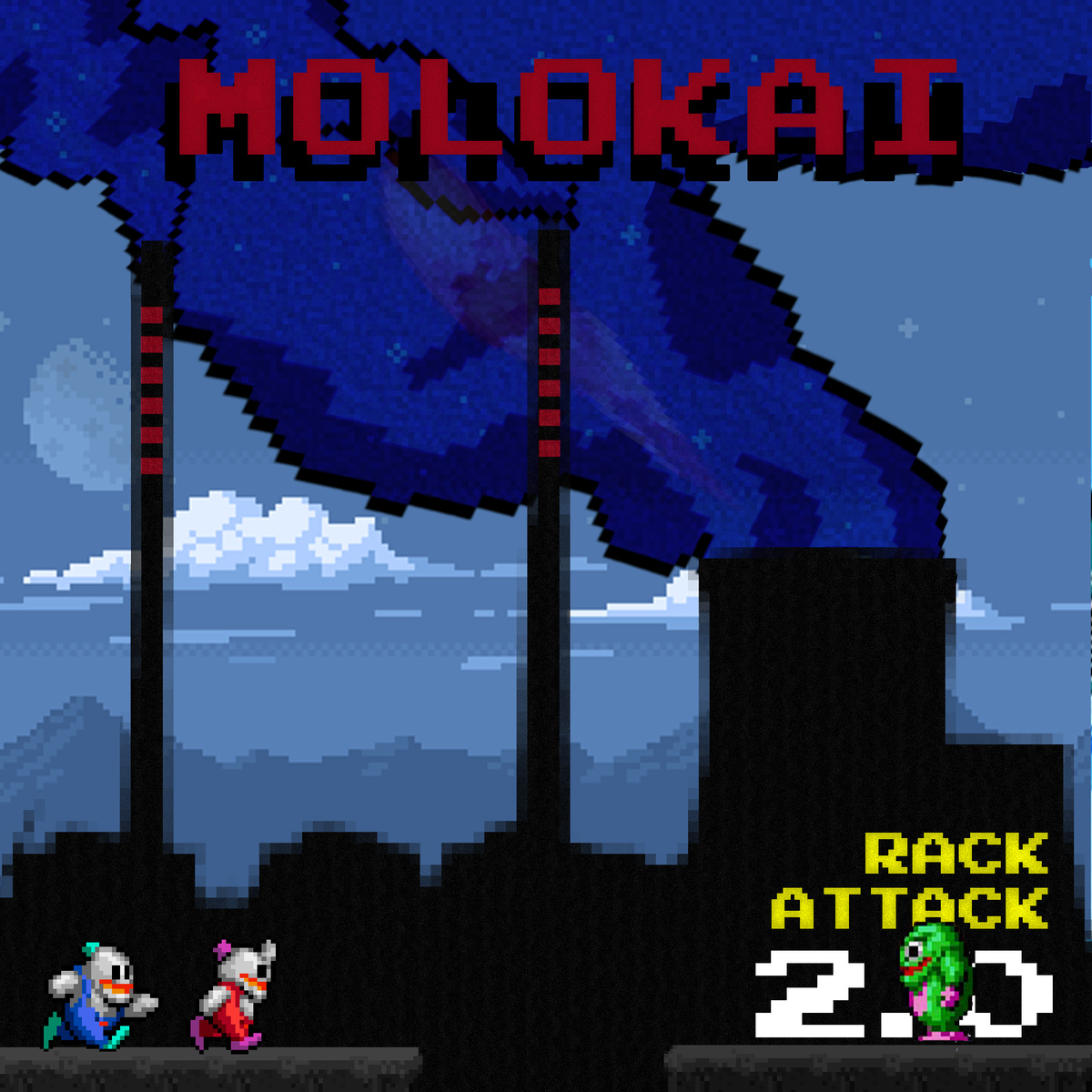 A band that names itself after an island that is part of Hawaii. That should be a big clue on the type of music these guys play. Molokai is a young band from Macedonia playing surf music. Rack attack 2.0 is their, you might have guessed it based on the title, their second album.

That’s about as far as you can get with your deductive skills. Now it’s time to check out the music itself. It’s instrumental surf music that follows the rules of the genre. Mostly in midtempo and sometimes a bit slower. The slower songs are not really my favorites, they remind me a bit of elevator music. Luckily for me most songs are a bit faster. I guess instrumental bands have two main options when naming songs. Just number them (have a look at Karma To Burn for example) or you can take the liberty to come up with goofy and totally random names. That’s the approach Molokai has taken. My favorite song on this album for example: John Travolta in castle revolta. Or the brilliantly titled Creepy heap from the deep. I love it!

This band has gotten so much better compared to their debut You surf, we sent Piranhas that it’s a shame they decided to quit. I would have liked to hear how this band would develop further. And see more brilliant pieces of artwork. Oh well, they’ve left us two albums and a game (yes, a game… check it out).