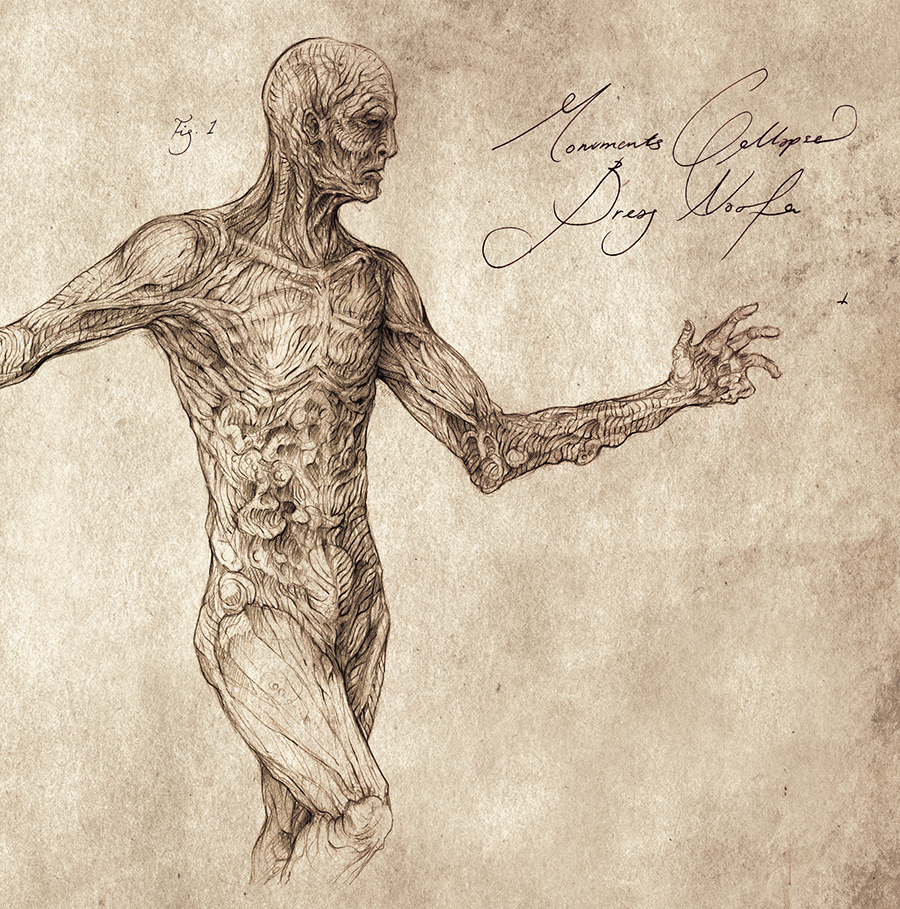 A post metal split album. You can guess this is not released on 7” format… This is a split LP released with a beautiful gatefold cover. On side A Monuments Collapse have their say. Earlier I was impressed by their self-titled debut. On their debut you’ll find two songs of 15 to 20 minutes long. On this split they offer three new tracks (including a two minute intro). Something has changed here! But not too much fortunately. And with the two main songs clocking in on 6 six minutes and 10 minutes this band is still firmly rooted in post metal territory. In my review of their self-titled album I mentioned Mono influences in the quieter parts. These influences seem to have moved to the back ground. Perhaps this due to the shorter running time of the songs. Especially the first real track, Starvation, misses the build up that made a big part of their sound. It doesn’t hurt the quality at all though, as this track is six minutes of pure post metal heaviness. On Pathos the band is following the path I’d expect from Monuments Collapse, with a big bombastic ending.

Breag Naofa delivers two tracks for the other side of this split. I must admit I had never heard of this band before reviewing this album, but apparently they released a full length earlier. This explains also why they number their tracks VII and VIII. Guess where you can find the other tracks… As said, this split is my introduction to this band and I didn’t know what to expect. With the two songs clocking in over 10 minutes each was a good indicator this should be post metal as well. And not only is that a correct conclusion, I can now also say that Breag Naofa’s side is up to par with Monuments Collapses. Breag Naofa adopts a bit more melodic take on the genre, but still has the trademark thundering and somewhat ritualistic drums, walls of guitar mixed up with more quiet, mellow parts.

So, all things considered, this split is really good, full of well executed post metal. I recommend give this album a spin!